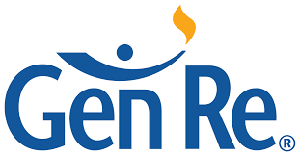 Twenty-nine companies participated in this yearâs survey, reporting both Group Term Life and AD&D results. For those providing comparable data year to year, sales premium declined and in-force premium increased. Mike Fullerton, VP, Sr. Account Executive, commented: â2020 was an extraordinary year and the results in the Group Term Life insurance market were no exception. Although in-force premium growth was positive, new sales premium decreased by 9%. This represents the largest drop in sales premium reported on the survey looking back as far as 2009.â

Key observations of the survey include:

Excerpts From The Market Survey

After posting increases of 5% or more over the past several years, AD&D inâforce premium rose by a slight 1% in 2020.

Participating companies reported just under $2.8 billion in combined GTL and AD&D sales premium in 2020, with GTL accounting for 91% of the total.

Following a modest increase in 2019, GTL new sales premium decreased by 9% in 2020. This represents the largest drop in sales premium reported on the survey looking back as far as 2009, when premium fell by 5% for the industry. For 12 of the 17 companies reporting a negative outcome, premium declined by 10% or more.

2020 was an extraordinary year and the results in the Group Term Life insurance market were no exception...

AD&D sales premium, which has tended to be volatile over the years, increased by 3% yearâoverâyear.

GTL new sales case counts fell by 10% in 2020, ending a five-year period of flat to positive growth for the industry. Sixty-eight percent of companies reporting this data (19 out of 28) experienced a negative result, with six showing a decrease greater than 20%. Inâforce results remained relatively unchanged, up by a slight 1% for the third straight year.

For companies providing sales case size breakdown information for the twoâyear period, the 10â99 category accounted for the highest percentage of cases in 2020 (53%), followed by the 1â9 grouping (29%). Results were similar for inâforce (53% and 28%, respectively). Less than 1% fell in the 5,000+ range for both sales and inâforce.

The Market Survey is an annual benchmark survey produced by Gen Re, with the full results available only to participating companies. A summary report is available online at genre.com/lhsurveys.

Gen Re, a Berkshire Hathaway Company, is one of the leading Life/Health and Property/Casualty reinsurers in the world. Our North American Life/Health reinsurance company, General Re Life Corporation, has superior financial strength ratings among Life and Health reinsurers. Gen Re delivers customized reinsurance programs and risk management solutions for the Life, Medicare Supplement, Critical Illness, and Individual Disability Income markets. Through our research, we also offer valuable information and insights. www.genre.com.