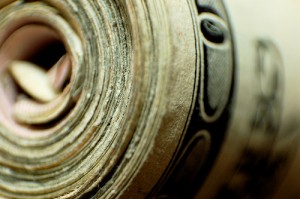 Mr. is NewOak’s chief executive officer and co-founder. He is responsible for advising NewOak clients in matters throughout the structured products and fixed-income asset lifecycle. Connect with him by e-mail: [email protected] Reprinted with permission.


Due to rapidly and broadly changing regulatory and credit environments, banks and non-bank financial services providers are re-evaluating their strategies and looking ahead to a new post-crisis phase.

G-SIFIs will be subject to new capital requirements (common equity tier 1 (CET1) based on a percentage of risk-weighted assets, to be finalized in 2015. It is expected that U.S. G-SIFIs will be required to hold additional capital equal to the greater amount calculated based on one of two methods.

The loose regulatory environment of the late 1990s to 2008 generated an extraordinary credit expansion that led to the formation of many finance companies and fed their rapid growth, but that period is over.

A Shift In Focus

The current climate has inspired many larger commercial and investment banks to alter their focus, re-evaluating business lines and restructuring them to foster growth, manage scale and facilitate tighter oversight for competitive advantage and higher profitability. GE’s announcement that it will jettison most of its finance business is a prime example.

GE Capital at its peak generated 57% of GE’s revenues, but has since dropped to 25% and is expected to fall below 10% of total revenues. GE’s decision was partly due to impeccable market timing as financial and real estate assets are being viewed as overpriced again while GE’s own stock has languished. Nonetheless, the decision must also have been driven in part by the higher scrutiny and capital requirements it faces as a designated G-SIFI.

Indeed, less is more for over-regulated G-SIFIs unless they commit to build super-efficient and highly integrated capital planning, risk and compliance management. This requires well-designed, documented and validated processes and infrastructure that serves the needs of multiple stakeholders, while standing up to scrutiny by federal, state and international regulators. Building such systems requires a significant investment that may no longer be justifiable by an institution’s present position and size in the marketplace.