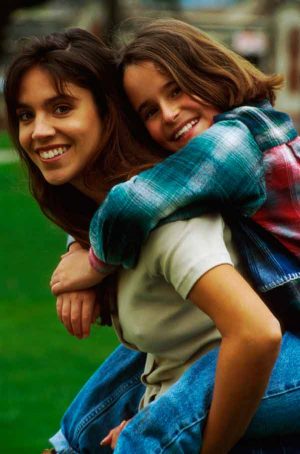 April 10, 2017 — New York Attorney General Eric T. Schneiderman led a coalition of 16 Attorneys General in filing an amicus brief with the U.S. Court of Appeals for the Sixth Circuit, challenging an Ohio state law that would defund Planned Parenthood and other health service providers that perform or promote abortions.

âWe wonât stand by while a womanâs fundamental right to make her own reproductive health choices is under siege,â said Attorney General Schneiderman. âHealth care providers should not have to choose between protecting a womanâs right to reproductive health care, and providing other vital public health services â yet thatâs exactly what the Ohio state law, and so many other regressive measures around the country, seek to do.â

The brief highlights the fact that, since 2009 alone, at least 15 states have passed laws or taken executive actions to prohibit family-planning and other public-health funds from being awarded to Planned Parenthood affiliates and other providers of abortion services, even when those funds are specifically directed to support services that have nothing to do with abortion.

Health care providers should not have to choose between protecting a womanâs right to reproductive health care, and providing other vital public health services...

Similarly, congressional Republicans have sought to defund abortion service providers as part of their unsuccessful bid to repeal the Affordable Care Act. While this measure is on hold for now, Congress has also passed a resolution that encourages states to pass defunding measures, repealing a Department of Health and Human Services rule that prohibits states from denying federally funded family-planning grants for reasons unrelated to the entityâs ability to provide family-planning services.

Ohioâs law, which was enjoined before it could take effect, would have prohibited the State from awarding public-health grants to providers who perform or promote safe and legal abortions, even though the grants have nothing to do with abortion services. Those grants instead provide funds for other health services, such as education to prevent violence against women, screening for breast and cervical cancer, HIV and AIDS prevention, testing and treatment of sexually transmitted diseases, and infant mortality prevention.

With defunding efforts of this kind proliferating around the country, the Attorneys General seek to ensure the availability of safe abortion services and other important public health services from accessible providers in each of their states, and to protect the right of providers to engage in constitutionally protected activity.

This amicus brief follows a number of steps Attorney General Schneiderman has taken to protect womenâs reproductive rights, including issuing a formal legal opinion to cement the fact that New York Stateâs criminal law does not interfere with the reproductive health rights ensured by Roe v. Wade and later cases; securing an expanded buffer zone to protect a Planned Parenthood site in Utica; investigating New York health plansâ adherence to federal no-cost sharing requirements for contraceptives, and introducing the New York Comprehensive Contraceptive Coverage Act; and filing an amicus brief in the U.S. Supreme Court to overturn a Texas law imposing unnecessary and burdensome requirements on abortion clinics with the purpose and effect of closing many of them.