Future of the Department of Laborâs Fiduciary Rule Remains Uncertain 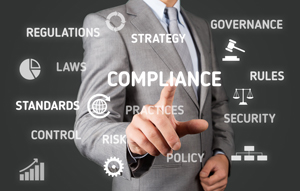 March 21, 2017 — President Trump made it clear both during and after his campaign that he was not a supporter of either the federal Dodd-Frank Wall Street Reform and Consumer Protection Act of 2010 (Dodd-Frank) or the pending Department of Labor (DOL) fiduciary rule.

Consistent with his campaign commentary, shortly after taking office he issued executive orders for comprehensive reviews of both. Whether the DOL fiduciary rule survives and forces many financial firms to alter their approach to individual retirement plan investors is a significant uncertainty looming over the industry.

Similarly, the Presidentâs executive order to review Dodd-Frank places the Securities Exchange Commissionâs (SECâs) proposed Personalized Investment Advice Standard of Conduct rule in jeopardy as well, which would seek to impose fiduciary standards on broker-dealers, distinct from the DOLâs fiduciary rule aimed at retirement plan-related investment advice. The SECâs rule was scheduled to be posted in April of 2017, coinciding with the DOLâs initial compliance deadline for its fiduciary rule. However, given the new administrationâs order for a full review, its future is at best uncertain.

The DOLâs fiduciary rule essentially will expand the responsibilities of financial professionals to that of a fiduciary and impact levels of compensation – mainly commissions. Since being enacted back in 1974, the Employee Retirement Income Security Act (ERISA) has been amended numerous times, but significant work remains to be done in certain areas, especially the movement of funds between the different retirement vehicles such as IRAs. This major overhaul was proposed by President Obama in February of 2015, with the intention of putting clientsâ best interests ahead of financial intentions by advisors and creating additional transparency.

The rule has a proposed best interest contract exemption (BIC) that would allow insurance companies as well as distributors to provide fiduciary advice to clients and continue to receive commissions in some instances. The actions taken by the new administration address concerns voiced by the financial services industry and its distributors regarding the ruleâs impact on investor choice and the regulatory burden it creates. Despite several unsuccessful legal challenges to the rule by various constituents, including the American Council of Life Insurers (ACLI) and the National Association of Insurance & Financial Advisors, it would appear that the industryâs concerns may in fact be addressed, courtesy of President Trump.

Clearly, there is a strong bias toward revision or repeal by the current administration. Earlier this month, the DOL filed for a 60-day delay, which, following a 15-day comment period has pushed the initial compliance deadline from April 10th to June 9th, allowing additional time for a comprehensive review of the rule for purposes of ultimately revising or rescinding it. Given the relatively short duration of the delay, there is speculation that the ruling might be further extended beyond the 60-day timeline.

Some companies are likely to experience a drag on earnings due to initial set-up costs of regulatory compliance as well as the cost of ongoing oversight.

The final deadline of January 1, 2018, which is when all requirements of the rule must be met, is unaffected by the current delay of the initial compliance deadline. A.M. Best notes that President Trumpâs first choice for DOL Secretary, Andy Puzder, withdrew from consideration amid controversy related to his background. R. Alexander Acosta has now been submitted as the second nominee for Labor Secretary. Mr. Acosta, if confirmed, will deal with a number of issues, including the fate of the fiduciary rule. However, at this time it is unclear to what extent the timing or outcome of the review of the rule will be impacted by the delay in the approval process for a new Labor Secretary.

Based upon A.M. Bestâs discussions with insurers expected to be impacted by the DOLâs fiduciary rule, we note that the vast majority of these companies have taken the new DOL fiduciary rule seriously and are moving ahead with the implementation of the proposed guidelines, despite the ongoing uncertainty. Given that qualified fixed indexed (FIA) and
variable (VA) annuities are the retail products likely to be impacted the most by the rule, we anticipate that a limited number of companies will de-emphasize these product lines and/or the distribution channels that sell them. Consensus estimates are that FIA and VA products, where two-thirds of sales are in the qualified markets, will realize sales volume reductions of 15%-20% should the DOLâs fiduciary rule be implemented as is.

Additionally, some companies are likely to experience a drag on earnings due to initial set-up costs of regulatory compliance as well as the cost of ongoing oversight. However, A.M. Best anticipates that sales would likely stabilize after an initial adjustment period, with a soft landing the year following implementation. To make matters more confusing, the SEC may still weigh in on its own interpretation of the fiduciary rules fairly soon, which would extend beyond retirement accounts and impose similar fiduciary standards on broker-dealers. As a result, many companies are being proactive in applying the same policies and procedures developed to address the DOL fiduciary rule to non-qualified annuity sales as well. No matter the outcome, technology will definitely play a bigger role with demands from the increased regulatory environment facing many companies.

A.M. Bestâs ratings on certain life/annuity companies could potentially be negatively impacted by reduced sales volume affecting the operating performance of companies with business profile concentrations in the FIA and VA markets. However, rating pressure could be mitigated should sales levels meaningfully recover shortly after the market absorbs the proposed changes. There is also the potential for some companies to be negatively impacted by consolidation among third-party distributors such as Independent Marketing Organizations (IMOs), which may have a material impact on new business should the distribution relationship be terminated or revised. A.M. Best also notes that according to LIMRA, fee-based
products represent less than one percent of FIA and VA sales currently, which should rise significantly as new fee-based annuity products are developed.

Important Notice: A Bestâs Financial Strength Rating is an independent opinion of an insurerâs financial strength and ability to meet its ongoing insurance policy and contract obligations. It is based on a comprehensive quantitative and qualitative evaluation of a companyâs balance sheet strength, operating performance and business profile. These ratings are not a warranty of an insurerâs current or future ability to meet contractual obligations. The Financial Strength Rating opinion addresses the relative ability of an insurer to meet its ongoing insurance policy and contract obligations. The rating is not assigned to specific insurance policies or contracts and does not address any other risk, including, but not limited to, an insurerâs claims-payment policies or procedures; the ability of the insurer to dispute or deny claims payment on grounds of misrepresentation or fraud; or any specific liability contractually borne by the policy or contract holder. A Financial Strength Rating is not a recommendation to purchase, hold or terminate any insurance policy, contract or any other financial obligation issued by an insurer, nor does it address the suitability of any particular policy or contract for a specific purpose or purchaser. In arriving at a rating decision, A.M. Best relies on third-party audited financial data and/or other information provided to it. While this information is believed to be reliable, A.M. Best does not independently verify the accuracy
or reliability of the information. For additional information, see A.M. Bestâs Terms of Use here. Data sourced from the BestLink system is retrieved around the time of the report creation and is subject to revision.
A.M. Best WORLD HEADQUARTERS (Oldwick, NJ) â¢ +1 908 439 2200