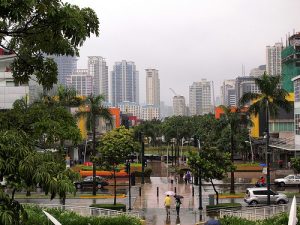 November 14, 2013 – NEW YORK–(BUSINESS WIRE)–Investors have regained confidence in the global economic outlook following resolution of the U.S. debt crisis, according to the BofA Merrill Lynch Fund Manager Survey for November. With political paralysis in Washington overcome, a net 67 percent of respondents now expect the worldâs economy to strengthen over the next 12 months â up a notable 13 percentage points from October.

In an important new question for the survey, investors were asked when the U.S. Federal Reserve will begin âtaperingâ its bond purchases â a signal that the central bank views economic conditions as robust enough to lessen its support. Forty-eight percent see this happening next March. Eighteen percent expect it in the second quarter of 2014.

A second new question asked investors about the likeliest catalyst for the global economy reaching âescape velocityâ (a virtuous cycle of growth) in 2014. The most common answer was growth in bank lending in the G7 economies (31 percent), followed by acceleration in the Chinese and Asian economies (26 percent).

A shift into global emerging markets

Investors increased their equity allocations slightly during the month to a net 52 percent overweight, while also upping their underweight in bonds. Their biggest shift was into global emerging markets equities, where they returned to a net overweight, while strong overweights in eurozone and Japanese stocks were moderated slightly.

Strikingly, a small net majority of asset allocators now view equities as overvalued. This marked the first such reading on this measure since March 2004, but regionally, Europe is still considerably undervalued compared to the U.S. It was accompanied by cash holdings rising to 4.6 percent.

A net 59 percent of European fund managers expect the regionâs companies to increase earnings in the next year. This is up from a net 49 percent in October. However, last monthâs expectation that this hike could reach double-digit levels has evaporated. A net 9 percent now doubt that a 10 percent or better rise will be achieved.

Nonetheless, while Octoberâs exuberance towards eurozone equities has normalized somewhat, fund managers still discern value in the market. The survey shows a net 18 percent viewing the regionâs stocks as undervalued even after recent strong performance.

Over the month, fund managers also shifted their preferences strongly between global emerging markets. Reflecting the restoration of a potential hard landing in China as the greatest tail risk globally, emerging markets specialists scaled back their overweight in the country substantially to a net 11 percent, down 45 percentage points. China replaced Russia as their top pick among the BRIC markets on a 12-month basis, however.

Much of the shift out of Chinese equities appears to have been directed into Korea. Global emerging markets fund managers ramped up their overweight on the country to a net 56 percent, up 34 percentage points.

Investors signaled a new appetite for small-cap stocks during the month. The net percentage of fund managers who expect large-caps to outperform their smaller peers fell to 7. This represented a month-on-month fall of 10 percentage points and took the reading to its lowest since the survey began asking this question.

This openness to the higher risk of less-established companies is consistent with investorsâ strong conviction in the outlook for the global economy and their expectation that corporate earnings are on the rise in most regions.

Visit the Bank of America newsroom