From Blunder to Wonder

How Companies Successfully Bounce Back from Mistakes 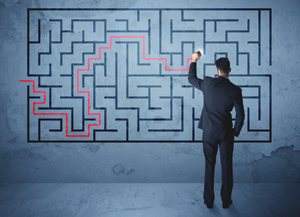 Ms.Safrin is a certified Spanish-to-English translator and editor specializing in the medical sector. She is also an active member of the American Translators Association (ATA), which represents over 10,000 translators and interpreters across 103 countries. For more information on ATA and to hire a translation or interpreting professional, please visit www.atanet.org.

1993 was a terrible year for a particular major national fast food chain. It was an even worse year for four families who suffered unimaginable losses after their children ate contaminated meat at the establishment. Unsurprisingly, the chain found itself on the verge of bankruptcy. However, in a matter of years, it had not only recovered, but doubled its number of locationsâa feat that is now considered one of the most impressive comebacks in contemporary business history.

If this is the first time youâve heard this story, you may be shocked that a company responsible for something so horrific was able to salvage its sales at all, let alone become the fifth-largest burger chain in the US just years thereafterâbut thatâs exactly what happened.

The reality is that no enterprise can escape at least some degree of error. And while there is certainly a vital difference between an erroneous invoice and unintentionally causing the unthinkable, certain damage-control strategies have proven successful time and again, no matter the blunder.

Especially in todayâs well-connected world, official statements get around fast. So does radio silence.

As soon as possible after disaster strikes, offer a firm and heartfelt apology. However, refrain from being overly apologetic or defensive. Instead, focus on action. The old adage âActions speak louder than wordsâ has stood the test of time for a reason.

Nevertheless, judicious and impactful action takes time to implement. So, while you get to planning, make sure from the get-go that your words reflect a sense of accountability and the intention to fix the problem.

Word choice is paramount when delivering a public statement.

If your company serves an international market or consumers who speak a language other than English (as is the case of most businesses in the social media age, whether by design or not), take extra care that your mea culpa reaches your audience unscathed. The last thing you want is to create another mess when youâre already in damage-control mode.

For example, an international bank fell victim to a simple yet costly translation slip-up in 2009 when its catchphrase, âAssume Nothing,â was infamously mistranslated as âDo Nothing.â The mishap cost the company $10 million for a new ad campaign alone.

Be aware of variants in widespread languages like Spanish and English that can make or break how your message is construed. Avoid embarrassment by hiring a professional translator whoâs well versed not only in English, but the language and culture you aim to reach. Imagine, for example, how confused American consumers would be if a fast food restaurant referred to its french fries as âchipsâ (the British variant).

Furthermore, if there were ever a time to avoid using machine translation services, this would be it. Thereâs no room for error when it comes to cleaning up after a misstep, so make sure human translatorsâwho are able to adequately interpret nuance and impactâcraft the message in the new language before it reaches the public.

The reality is that no enterprise can escape at least some degree of error. And while there is certainly a vital difference between an erroneous invoice and unintentionally causing the unthinkable, certain damage-control strategies have proven successful time and again, no matter the blunder...

Words are vital when it comes to apologies, but they must be backed by tangible actions that illustrate genuine concern.

In the case of the fast food chain, the company offered to cover victimsâ medical expenses, settling for amounts of up to $15.6 million. The COO and chairman-cum-CEO attended mediation hearings to show their concern. The chain also opened a question hotline and made a generous donation to research efforts seeking treatment for infections caused by the bacterium behind the outbreak.

This demonstration of remorse and accountability in actions big and small communicated the companyâs commitment to doing better.

Once apologies have been made in both words and deeds, itâs crucial to ensure the mistake isnât repeated. It may be tempting to make the blemish disappear from sight, but finding a long-term solution is an indispensable step.

The fast food chain began cooking its burgers at temperatures guaranteed to kill the guilty bacteria. It also implemented additional safety measures to ensure the food was handled properly from producer to consumer. In fact, this system was so successful that it was later endorsed by the US Department of Agriculture and the Food and Drug Administration and came to be considered the gold standard among fast food chains.

The company didnât stop there: it became so invested in harm-free dining that it continues to receive honors for its leadership in food safety to this day.

Believe it or not, mistakes can be a blessing in disguise. For this to be true, decision makers must think glass half full. Slip-ups present an opportunity to demonstrate your brandâs leadership, transparency, and trustworthinessâand all of this at a time when youâre already in the spotlight. Just make sure itâs for better, not for worse.

A well-known pizza chain faced a rude awakening when one of its employees shared a video of himself tarnishing food in the kitchen. When the video went viral, it turned out the company had an even bigger problem on its hands: they admitted that customers had been complaining of pizza that tasted âlike cardboardâ and sauce that tasted âlike ketchup.â

Instead of succumbing to an apparently imminent downfall, the companyâs leaders decided to come clean and promised to improve their product. Shortly thereafter, they introduced a new pizza recipe, as well as a novel online ordering system designed to appeal to the younger generation. Their shares increased 60-fold and the company is now worth $60 billion.

Next time youâre caught in a mistake, stay calm and innovate

Businesses are no more perfect than humans. Every organization will face its day of reckoning, big or small. Luckily, history demonstrates that itâs not the mistake itself, but the response, that leaves a lasting impression. And as in the case of the fast food chain, if addressed properly, a foul-up can even be turned into an asset.

So, next time your business finds itself in a rough spot, remember the importance of accepting blame and saying youâre sorry. Then roll up your sleeves, fill your metaphorical glass, and turn the blunder into your next wonder.