Amid a Down Quarter, Pockets of Strength 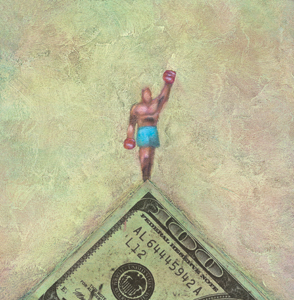 âWhile both total and variable annuity sales were down from 2015,â IRI President and CEO Cathy Weatherford said, âyear-over-year strength in fixed and fixed indexed annuity sales demonstrates both continued demand for the accumulation, protection, and income solutions provided through annuities, and the resilience and creativity of the retirement industry in bringing products to market that effectively meet that demand. Given the millions of Americans in or near retirement who have enjoyed more than eight years of positive returns in U.S. equities, demand should continue to rise for solutions that can help them lock in those gains and begin to convert some of their hard earned income into lifetime income.â

Increases across the board year-to-date

According to Beacon Research, though fixed annuity sales were down for the quarter, on a year-to-date basis sales increased across all product categories. Fixed indexed annuity sales declined 7.0 percent to $13.9 billion from $15.0 billion in the third quarter of 2016, but reached $60.1 billion for the year, an increase of 10.1 percent over 2015. As a percentage of sales, fixed indexed annuities made up 55.0 percent of the fixed annuity market in 2016. For the entire fixed annuity market, there were approximately $14.2 billion in qualified sales and $9.6 billion in non-qualified sales during the fourth quarter of 2016.

According to Morningstar, variable annuity net assets fell 1.3 percent to $1.90 trillion during the fourth quarter of 2016. On a year-to-date basis, assets increased 1.3 percent, from $1.87 trillion at the end of 2015, as positive market performance partially offset the impact of lower sales and negative net flows. Within the variable annuity market, there were $16.7 billion in qualified sales and $7.7 billion in non-qualified sales during the fourth quarter of 2016.

âContinued pressure from low interest rates and ambiguity around the DOL fiduciary rule negatively impacted overall variable annuity sales in the fourth quarter,â said Kevin Loffredi, Senior Product Manager at Morningstar, âbut we did see increases in sales of certain variable annuities offering both guaranteed income options and higher levels of equity market exposure. Additionally, we saw strong growth in index-linked, or âstructuredâ annuities, which provide a level of protection against downside risk. Sales of these products were up 80 percent over the fourth quarter of 2015, as investors sought to lock in years of stock market gains while hedging against a possible future downturn.â

About Morningstar, Inc.: Morningstar, Inc. is a leading provider of independent investment research in North America, Europe, Australia, and Asia. The company offers an extensive line of products and services for individual investors, financial advisors, asset managers, retirement plan providers and sponsors, and institutional investors in the private capital markets. Morningstar provides data and research insights on a wide range of investment offerings, including managed investment products, publicly listed companies, private capital markets, and real-time global market data. Morningstar also offers investment management services through its investment advisory subsidiaries, with more than $200 billion in assets under advisement and management as of December 31, 2016. The company has operations in 27 countries.

About Beacon Research: Beacon Research is an independent research company and application service provider founded in 1997 and based in Northfield, Ill. Beacon tracks fixed and variable annuity features, rates and sales. Its quarterly Fixed Annuity Premium Study is the first and only source to analyze fixed annuity sales at the product level, and the first to make a decadeâs worth of sales information available to subscribers online at www.annuitymarketstudy.com. Beacon lowers compliance risk and increases fixed annuity sales with 100% carrier-approved, comprehensive product profiles, spreadsheets and search tools for the advisor/rep websites of banks, TPMs, broker-dealers and marketing organizations. Carriers and financial institutions use its systems at www.annuitynexus.com for compliance review of 1035 exchanges, sales support, conservation and product research. Beacon also licenses information to other platforms. Directly and through licensees, Beacon information can be accessed by hundreds of financial institutions and thousands of advisors.

About the Insured Retirement Institute: The Insured Retirement Institute (IRI) is the leading association for the retirement income industry. IRI proudly leads a national consumer coalition of 40 organizations, and is the only association that represents the entire supply chain of insured retirement strategies. IRI members are the major insurers, asset managers, broker-dealers/distributors, and 150,000 financial professionals. As a not-for-profit organization, IRI provides an objective forum for communication and education, and advocates for the sustainable retirement solutions Americans need to help achieve a secure and dignified retirement. Learn more here.