Little to no relief for ongoing strain to home-budgets

Survey highlighting the struggle the pandemic is putting onto Americans personal finances conducted by the National Endowment for Financial Education. 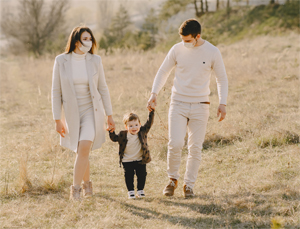 DENVERâAccording to a new survey released today by the National Endowment for Financial EducationÂ® (NEFEÂ®), over four in five (84 percent) Americans say the COVID-19 outbreak is causing stress on their personal finances right now. Although slightly down from 88 percent when NEFE first issued the survey in April, many Americans express little to no relief on the amount of financial stress they are currently experiencing.

âThese numbers remain disturbingly high more than six months into this crisis. When eight in 10 Americans say they are feeling financial stress, it becomes nearly impossible to find a family member, friend or neighbor that is not sorely affected by the economic fallout of the pandemic,â says Billy Hensley, Ph.D., president and CEO of NEFE. âEven in the best of circumstances, few home budgets can withstand significant financial strain that goes on this long.â

More than half (55 percent) of Americans say among the top five things causing the most financial stress right now is not having enough saved (e.g., emergency savings, retirement, college savings), while almost half (46 percent) of Americans say their ability to pay bills (e.g., housing, utilities, health care) are among their top financial stressors.

Three in 10 (30 percent) Americans say one of their top financial stressors is paying down/paying off debt (e.g., credit cards, loans), 24 percent say income fluctuations and 20 percent are stressed about financial market volatility. The survey suggests Americans are feeling less financial stress about job security than debt or the amount of savings that they have. One third (33 percent) of employed Americans say job security is among their top financial stressors, down from 39 percent in the April release of the survey. The survey reissue was conducted online by The Harris Poll, on behalf of NEFE, from September 14-16, 2020, among more than 2,000 U.S. adults.

The latest survey also finds that the outlook for personal finances a year from now considering COVID-19 is proportionately low and remains consistent from the April survey results (41 percent). Nearly two in five (39 percent) Americans say they will feel âvery/somewhat worriedâ about their financial situation 12 months from now, compared to 34 percent who will feel âvery/somewhat optimisticâ about their financial situation a year from now given COVID-19.

In the April release of the survey, the level of financial concern considering the COVID-19 outbreak was consistent for those on opposite ends of the income spectrum. In this latest release, nearly three quarters (74 percent) of Americans with household incomes (HHI) less than $50,000 per year say they are at least âsomewhat concernedâ about their personal finance situation right now, compared to 63 percent for those with HHI over $100,000 per year. However, these differences are not statistically significant.

When eight in 10 Americans say they are feeling financial stress, it becomes nearly impossible to find a family member, friend or neighbor that is not sorely affected by the economic fallout of the pandemic...

âIn the early days of the pandemic, Americans at all income levels were similarly pessimistic about their financial futures. Yet we are now seeing that pessimism weighing more heavily on the minds of middle- and lower-income individuals and families,â says Hensley. âWe are also witnessing many people step up to lend a helping hand to friends and family during this crisis. It is not surprising that in doing so, financial strain may influence their own outlook.â

The level of providing and receiving support across age, gender and ethnicity revealed significant differences. Respondents ages 18-44 were significantly more likely to provide support compared to older generations. Specifically, over half of Americans ages 18-34 (55 percent) and ages 35-44 (52 percent) provided some support to family/friends, and less than 40 percent of individuals ages 45-54 (39 percent), ages 55-64 (31 percent) and over age 65 (22 percent) provided support.

Men were significantly more likely to say they have provided some level of support to family/friends than women (49 percent vs. 34 percent respectively). Across race and ethnicity, Black/non-Hispanic and Hispanic Americans were significantly more likely (50 percent and 51 percent, respectively) to provide support to family/friends compared to white/non-Hispanic Americans (36 percent).

Survey Methodology
This survey was conducted online within the U.S. by The Harris Poll on behalf of the National Endowment for Financial Education between September 14-16, 2020, among 2,049 adults ages 18 and older. This online survey is not based on a probability sample and therefore no estimate of theoretical sampling error can be calculated. Please contact for complete survey methodology, including weighting variables.

About NEFE
The National Endowment for Financial Education (NEFE) champions effective financial education. NEFE is the independent, centralizing voice providing leadership, research and collaboration to advance financial well-being. As one of the first organizations to embark on the mission of wholly dedicating its efforts on improving the effectiveness of financial education, NEFE continues its legacy of strengthening action-oriented research agendas, mobilizing intermediaries, and creating better solutions for researchers, educators, practitioners and policymakers. For more information, visit www.nefe.org.