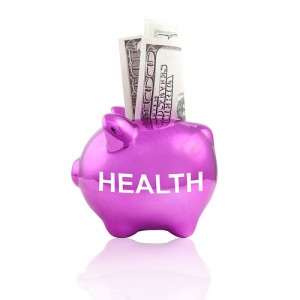 Writing here for the Commonwealth Fund, Timothy Stoltzfus Jost, J.D., is an Emeritus Professor at the Washington and Lee University School of Law. Reprinted with permission. Visit here.
Mr. Stolzfus is a coauthor of the casebookÂ Health Law, used widely throughout the United States in teaching health law and now in its sixth edition. He is also the author of the booksÂ Health Care at Risk, A Critique of the Consumer-Driven Movement, Health Care Coverage Determinations: An International Comparative Study, Readings in Comparative Health Law and Bioethics, and numerous articles and book chapters on health care regulation and comparative health law and policy. He has written on legal issues in health care reform for a number of other organizations including the National Academy of Public Administration and National Academy of Social Insurance, the Fresh Thinking Project, the Urban Institute and New America Foundation, and AcademyHealth.

With Senate Republicans mired in seemingly intractable disagreements about how to proceed with health reformâwhich may very well not be resolved by the latest Senate draft bill, Majority Leader Mitch McConnell suggested on July 6 that a bipartisan short-term fix may be needed for the problems of the individual health insurance market.

And bipartisanship in health policy is not a fantasyâboth the 2015 Medicare Access and CHIP Reauthorization Act (MACRA) and the 2016 21st Century Cures Act passed with wide bipartisan majorities.

The face of bipartisanship

How could a bipartisan solution happen?

The immediate problem that needs to be addressed is that it appears that individual market coverage will not be available in 40 counties in Nevada, Ohio, and Indiana for 2018. An additional 1,300 counties, representing about one-quarter of marketplace enrollees, may have only one insurer next year. The number of âbareâ or single-insurer counties changes from week to week, and these numbers may improve, but it is also possible that more counties will lose insurers by 2018. Moreover, some individual market insurers are requesting double-digit premium increases for 2018 for the second year in a row.

The cause of this crisis is no secret. Insurers and insurance regulators have repeatedly pointed to the regulatory uncertainty driving insurer withdrawals and premium increases. In particular, confusing signals from the administration as to whether it will reimburse insurers for the cost-sharing reductions they are required to offer low-income consumers under the Affordable Care Act (ACA) and enforce the individual mandate has left insurers very nervous about the individual marketâs future. Decreased exchange enrollment and a fear of a less healthy risk pool also have insurers feeling insecure.

As Senator McConnell has acknowledged, bipartisan action may be needed to address our most pressing problems in the health insurance market. Practical solutions are available.

Finally, every consumer should be able to fully deduct the payments they make to purchase individual market premiums (i.e., not the costs covered by premium tax credits). Self-employed individuals are already allowed to do this. Senate Republicans are reportedly considering legislation that would allow individuals to pay premiums through tax-subsidized health savings accounts, but why require a consumer to go to the trouble of establishing an account and paying associated fees when they could simply pay premiums tax free?

As Senator McConnell has acknowledged, bipartisan action may be needed to address our most pressing problems in the health insurance market. Practical solutions are available. Congress should adopt them immediately and by consensus, and then debate the longer-term future of our health care system.