Once again, a threat of shut-down 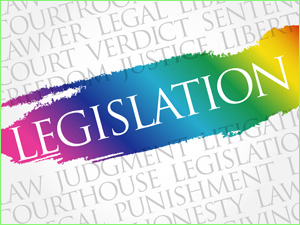 ARLINGTON, Va., Sept. 5, 2017 /PRNewswire-USNewswire/ — Congress returns to face a crowded agenda dominated by fiscal issues beginning with government funding and borrowing authority and ending with proposals to rewrite the tax code, according to Bloomberg BNA’s fall 2017 edition of Hill Watch.

A semi-annual, in-depth look into the Capitol Hill legislative calendar, Hill Watch is published by Bloomberg Government’s Daily Report for Executivesâ ¢, which offers in-depth coverage of leading legislative, regulatory, and judicial developments from the nation’s capital, the states, and around the world.

“September will be a busy month for Congress as it must pass legislation to continue funding the government â which will likely include emergency disaster relief for areas devastated by Hurricane Harvey â as well as extend federal programs due to expire this month including the National Flood Insurance Program and the Federal Aviation Administration’s operations,” said Heather Rothman, news director, Bloomberg BNA’s Government division.

“At the same time, lawmakers will begin work in earnest to raise the federal debt limit to avoid the first default in U.S. history. If they are successful in funding the government and raising the debt limit, GOP leaders will be free to work on other priorities including boosting Pentagon spending levels and passing a long-delayed fiscal 2018 budget resolution that would set the stage for the tax overhaul plan.”

Hill Watch is filled with an analysis and outlook of bills on a wide range of issues in front of both houses of Congress. Legislation affecting agriculture, campaign finance, communications, environment, financial institutions, government contracts, health care, immigration, international trade, securities, taxation and transportation â among other issues â are covered in the 2017 Fall Hill Watch.

lawmakers will begin work in earnest to raise the federal debt limit to avoid the first default in U.S. history

Excerpts from the Bloomberg 2017 Hill Watch

Money Issues to DominateÂ Lawmakersâ Packed Fall Agenda
Congress returns to work Sept. 5 to face a crowdedÂ agenda dominated by fiscal issues, beginning with government
funding and borrowing authority and endingÂ with proposals to rewrite the tax code.The immediate job for House Speaker Paul Ryan (RWis.)Â and Senate Majority Leader Mitch McConnell (RKy.)Â is to prevent a lapse in federal money on Sept. 30
by passing stopgap spending legislation that is likely toÂ include emergency disaster relief for areas devastated
by Hurricane Harvey. Also early in the new session,Â lawmakers must raise the federal debt limit to avoid theÂ first default in U.S. history. The Treasury DepartmentÂ expects to have exhausted by early- to mid-October itsÂ tools to cover the nationâs borrowing authority.

An across-the-board, stopgap spending measureÂ known as a continuing resolution is necessary to preventâ¨a shutdown, as none of the 12 spending bills forÂ the new fiscal year beginning Oct. 1 have been sent toâ¨President Donald Trump.

Republican leaders and theÂ White House have been discussing such a bill, possiblyâ¨to stretch appropriations into December.â¨At the same time, lawmakers are weighing whetherÂ to use that must-pass bill to extend a number of federalâ¨programs due to expire Sept. 30, including the NationalÂ Flood Insurance Program and the Federal Aviation AdministrationâsÂ operations.â¨Action on a continuing resolution that might also liftÂ or suspend the debt limit then would buy time for GOPâ¨leaders to work on other priorities, including a DefenseÂ Department authorization bill boosting Pentagonâ¨spending levels and the long-delayed fiscal 2018 budgetÂ resolution that would set the stage for the tax overhaulâ¨plan that Ryan continues to advocate.

A CR also would give leaders time to revisit the BudgetÂ Control Act and try to strike a deal to again raise theâ¨BCAâs spending caps. Lawmakers in both parties wantÂ to increase defense and domestic spending above theâ¨capâs levels in order to revise their appropriations billsÂ upward and then finish them by way of a $1.1 trillionâ¨omnibus at yearâs end.

Threat of Shutdown on Riseâ¨
The challenges facingÂ Ryan and McConnell to deliver on Trumpâs agenda areÂ steadily growing. Besides the shortness of the year, relationsÂ between Trump and party leaders are strainedÂ and the president is ramping up calls for a shutdown ifÂ he doesnât get what he wants in a stopgap, beginningÂ with $1.6 billion for a wall along the U.S.-Mexico border.Following Trumpâs criticism for not finishing aÂ health-care bill, Ryan and McConnell are trying to moveÂ quickly on spending matters.

Ryan plans to bring anÂ eight-bill omnibus appropriations package to the HouseÂ floor the week of Sept. 5 and then combine that with theÂ four bills the House passed before the break. If RyanÂ can get sufficient votes from Republicans, he plans toÂ then send the 12-bill package on to the Senate. But Â Democrats have said they would block that omnibus becauseÂ it exceeds the spending parameters in the BCA.After that, attention will turn to the length and details of a CR. Passing one might not be easy, as the supportâ¨of the House Freedom Caucus for the leadersâ plans remainsÂ in doubt, and

Democrats have signaled theyâ¨wonât vote for a bill that includes border wall money.Â Besides the consideration of the CR, McConnellâsâ¨plan to bring the Defense Department authorization billÂ to the floor beginning the week of Sept. 5 will putâ¨spending issues front and center. Armed Services CommitteeÂ Chairman John McCainâs (R-Ariz.) bid to greatlyâ¨increase Pentagon spending will jump-start this fallâsÂ negotiation over raising the BCA caps.

Other spending also could be in the mix
Trump mayÂ soon ask Congress for a multibillion-dollar emergencyâ¨supplemental measure to aid Texas in the aftermath ofÂ Hurricane Harvey. In addition, the president could seekâ¨money for the troop increase he wants in Afghanistan,Â the opioid crisis, and more.Plans to Bring Up Budget Spending levels also will beÂ debated if Ryan follows through with plans to bring upâ¨the FY 2018 budget resolution in September. McConnellÂ is said to be planning to have the Senate take up theâ¨matter by early October.Action on the budget is seen as the first step for McConnellÂ to bring up a tax code rewrite without havingâ¨to deal with the filibuster rule.

However, even advocatesÂ of comprehensive tax policy change say there isnâtâ¨enough time or consensus to undertake such an ambitiousÂ effort this year. Instead, they say, a smaller packageâ¨might be the focus of the fall, including tax cuts forÂ corporations and individuals.

The non-fiscal matters that the House may debate includeÂ an FAA reauthorization bill that would turn overâ¨air traffic control to a corporation that the bill wouldÂ create. It remains unclear, though, whether there areâ¨enough votes to pass the bill.The Senate FAA reauthorization bill doesnât includeÂ the air traffic control spinoff language, though it has aâ¨provision on pilot training that has sparked the ire ofÂ Minority Leader Charles Schumer (D-N.Y.). Given theâ¨controversy in both chambersâ multi-year reauthorizationÂ bills,Â an extension of current FAA authority is expected