In First IBD/TIPP Poll Of The New Year, Economic Optimism Takes A Dive 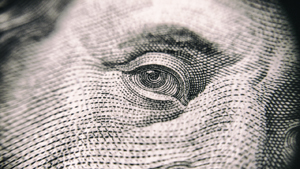 LOS ANGELES–(BUSINESS WIRE)–The IBD/TIPP Economic Optimism Index, a leading national poll on consumer confidence, fell 7.6% in January. The reading of 44.7, down from 48.4 in December, keeps the index in negative territory for the fifth consecutive month. A reading above 50.0 signals optimism and below 50.0 indicates pessimism on IBD/TIPP indexes.

For the January index, IBD/TIPP surveyed 1,308 adults from January 5-8. The poll was conducted online using TechnoMetricaâs network of online panels to provide the sample. IBD/TIPP also surveyed respondents on key political issues for the separate Presidential Leadership Index and National Outlook Index as well as the Financial Related Stress Index.

The Presidential Leadership Index edged down in January after last monthâs bounce. This monthâs index dropped 2.4%, with a reading of 48.4, down from 49.6. Notably, every index component has declined, with two moving into negative territory. The Favorability component moved from 51.1 in December to 49.6 this month (-2.9%) while Job Approval shifted from 50.1 to 49.2 (-1.8%). The Leadership component, now at 46.4, remains below 50.0 for the fifth consecutive month.

After last monthâs 10.1% increase, the National Outlook Index reversed course as well. It fell from 47.0 in December to 43.6 in January â a 7.2% drop. The Standing in the World component declined the most â down 11.4% to a reading of 39.8 â while Quality of Life remained the only component in positive territory at 50.7.

Additionally, the Financial Related Stress Index crept up. It now sits at 66.2, up from 65.1 in December. A reading over 50.0 equals more financial stress while a reading below 50.0 on this index would indicate consumers feel less stress. The index was last below 50.0 nearly two years ago, in February 2020 (48.1).

âInflation continues to be the biggest worry for Americans, with a staggering 86% expressing their concern this month,â said Ed Carson, IBD’s news editor. âItâs also worth noting that the Six-Month Economic Outlook fell by more than 11% over the course of a month. We saw relatively comparable slides in this component at the start of past recessions. It is definitely a marker to watch moving forward.â

âThe Omicron variant has Americans feeling the blues after a brief holiday respite from negativity,â said Raghavan Mayur, president of TechnoMetrica, who directed the poll. âNow that COVID is raging again, it seems like there is no end. Conflicts prevail around COVID conduct, with a majority of respondents favoring mitigation measures in specific environments like live sporting events, schools, and to a lesser extent, church. At the same time, of employees not currently vaccinated, a majority would quit their jobs rather than get a shot. Despite the present surge, a slim majority (51%) wants to relax COVID restrictions. Such divisiveness coupled with the Great Resignation, current labor market and fears about inflation have the potential to wreak havoc on the economy in the coming months.â

Inflation continues to be the biggest worry for Americans, with a staggering 86% expressing their concern this month...

This month, five of 21 demographic groups â such as age, income, race and party preference â that IBD/TIPP tracks were above 50.0, in positive territory, on the Economic Optimism Index. Thatâs vs. seven in December, three in November, eight in September and October, 14 in August and July and 18 in June. Just three groups rose this month vs. 18 in December, three in November, six in October, just one in September and August, six in July and 15 in June.

For the Six-Month Economic Outlook component, one of 21 groups that IBD/TIPP tracks scored in optimistic territory vs. six in December, two in November, four in October, five in September, eight in August, nine in July and 17 in June. Optimism over the economyâs six-month outlook rose in four groups vs. 18 in December, three in November, 11 in October, zero in September, 10 in August, one in July and 15 in June.

For the Personal Financial component, 15 groups IBD/TIPP tracks were in optimistic territory for a second straight month vs. 11 in November, 16 in September and October, 19 in August and July and 18 in June. Six groups rose after 17 did in December, three in November and eight in October vs. three in August and September. Fifteen rose in July and 10 in June.

Investorâs Business Daily is the leader in stock research and education. For over 35 years, IBD has helped countless investors around the world make more money in the market and reach their financial goals.

Founded by legendary investor William OâNeil with the goal of democratizing stock investing, IBD provides its customers access to the same type of research Wall Street uses to make big profits. All of IBDâs products and content are based on the CAN SLIM Investing System, which uses historical precedent to identify leading stocks before their big price increases.

IBD reaches investors around the world via its main website, Investors.com, its suite of digital products (IBD Digital, MarketSmith, Leaderboard, SwingTrader and IBD Live), mobile apps, a weekly print edition, social media and more. To learn more about all that IBD has available, please visit www.investors.com.