FIOâs Modernization Report: What Does It Really Mean for the Insurance Industry?

The modernization of regulation 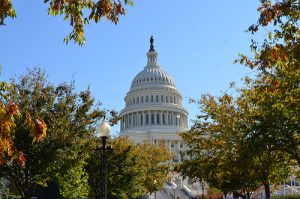 December 31,2013- NEW YORK–(BUSINESS WIRE)–The Federal Insurance Office (FIO) has released its highly-anticipated report on how to modernize and improve insurance regulation in the United States. Mandated under the Dodd-Frank Wall Street Reform and Consumer Protection Act (Dodd-Frank), the FIOâs modernization report provides practical guidance for Congress regarding federal involvement in the regulation of the insurance industry.

Mike Nelson, chairman of law firm Nelson Levine, represents insurers and reinsurers in regulatory matters as well as in complex litigation in multiple jurisdictions throughout the country. His firm publishes FIO Focus, a newsletter covering the latest developments on what many refer to as âinsurance modernizationâ and the FIOâs activities. Below Mike answers the most pressing questions about the FIO and its long-awaited report.

The FIO was created under the Dodd-Frank Act to provide the federal government with a center for insurance expertise. It has several responsibilities which include monitoring the insurance industry and the extent to which underserved communities have access to affordable insurance, coordinating federal involvement and policymaking on prudential aspects of international insurance matters, and of course, preparing reports for Congress.

The insurance industry has been eagerly awaiting the release of this report, and its contents are going to lead to a lot of discussion. In 65 pages the FIO managed to touch on many aspects of insurance regulation. The topics in the report are vast, ranging from international regulatory activity and details of insurance rating regulation to state solvency laws. Although federal involvement in health insurance is a hot topic of late, the FIOâs authority does not extend to health insurance and it is not at issue in the report.

The focus of the report is not whether there should be federal or state regulation of insurance, but whether federal involvement in the current state based system is warranted. The FIO concludes that the state based system of insurance regulation can be modernized and improved in the near term through a combination of steps by both the states and the federal government.

The report contains a balanced discussion of the strengths and weaknesses of the current state based system and encourages implementation of many current regulatory initiatives. The industry and many regulators have previously advocated for many of the initiatives, such as a better system of agent licensing, market conduct reform and speed to market reform initiatives. But one of the main concerns for the FIO is the lack of uniformity in our current system. The report suggests that the nature and structure of the state based system presents inherent difficulties in achieving uniformity. The FIO goes beyond mere uniformity and points to areas where the laws are uniform, but the application of those laws by regulators is not.

The focus of the report is not whether there should be federal or state regulation of insurance, but whether federal involvement in the current state based system is warranted

It will take time for the insurance industry and regulators to digest all of the implications of this report. The FIO is clear that states should address its recommendations in the short term, but no exact timeframe is suggested.

There has been a lot of speculation regarding what the report would contain. Were you surprised by any of the topics discussed in the report?

I was surprised by the breadth of the report as it touches on all aspects of insurance regulation and, in some cases, at a granular level. I was also struck by the amount of monitoring of statesâ activities that the FIO intends to do. One recommendation that seemed to insert the FIO directly into the regulatory process, despite not having any regulatory authority, was the FIOâs recommendation that it participate in supervisory colleges for large national insurers and internationally active insurers. The FIO apparently wants information from those supervisory colleges to assist it in its role as monitor of financial stability for the insurance industry.

State regulators will have to decide how cooperative they will be with respect to the monitoring and the colleges. I think that the failure to cooperate would not be a positive thing for state regulation. Some regulators may welcome the oversight as a mechanism for promoting uniformity.

Perhaps most surprising was the FIOâs statement that if states do not reform their laws and processes to meet the recommendations of the report, they could face federal action. The FIO did not shy away from controversial topics. The report includes discussions of the implementation of principles-based reserving (PBR) and the use of reinsurance captives, both of which have been the subject of considerable debate among state regulators.

Some of the FIOâs suggestions may raise concerns among state regulators and others about the FIOâs longer term intentions. For instance, regulatory supervision and rate and form regulation are both at the heart of state regulation. While the FIO says it is simply going to monitor some issues related to those topics, many may worry that this could be the first step towards broader federal involvement.

Now that the report has been released, what do you anticipate will happen next? Will the report lead to any immediate changes in the regulation of the insurance industry?

The modernization report may foreshadow a potentially active FIO, but it is not going to lead to any immediate changes in the way insurance is regulated. The FIO does not have regulatory authority, and the recommendations in its report could be viewed as advisory in nature. Most suggestions for federal standards and involvement would require Congressional action. However, the report will undoubtedly influence the discussions and actions of state insurance commissioners. We can also expect to see the FIO asking more questions of state regulators on substantive issues as it monitors the progress of regulatory reforms and modernization initiatives.

Perhaps the suggestion that will have the most immediate effect is the recommendation that the Treasury and the United States Trade Representative pursue a covered agreement for collateral requirements for foreign reinsurers. Negotiating and implementing such an agreement, however, will be complicated and time consuming.

It is important to keep in mind that this report is just one of many the FIO will prepare. FIO Director Michael McRaith previously indicated that after the release of the modernization report, other overdue reports will not be far behind. The modernization report includes a reference to a forthcoming report on natural catastrophes. The FIO is also currently preparing a report on the Terrorism Risk Insurance Program. The reinsurance industry is awaiting the release of the global reinsurance report.