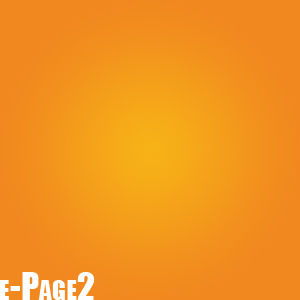 Ordered to Pay $13.7 Million in Restitution; Majority of Defrauded Investors Were NFL and NBA Players

June 27, 2014 – WASHINGTON–(BUSINESS WIRE)–The Financial Industry Regulatory Authority (FINRA) announced today that a FINRA hearing panel has expelled Washington, D.C.-based Success Trade Securities, Inc. from membership and barred its CEO and President, Fuad Ahmed, for the fraudulent sale of promissory notes and for creating a Ponzi scheme. In addition, the firm and Ahmed are jointly and severally ordered to pay approximately $13.7 million in restitution to 59 investors, the majority of whom were current and former NFL and NBA players.

In April 2013, FINRA issued a complaint against Success Trade Securities and Ahmed charging fraud in the sales of promissory notes issued by the firmâs parent company, Success Trade, Inc., and filed a Temporary Cease and Desist Order to immediately halt their activities, to which Ahmed and the firm consented.

Following a hearing on the allegations in the complaint, the panel found that from February 2009 through March 2013, Ahmed and Success Trade sold $19.4 million in Success Trade promissory notes to investors while misrepresenting or omitting material facts. The decision notes that Ahmed and Success Trade omitted material facts from the offering documents that would have revealed that the parent company was in dire financial condition. During the hearing, Ahmed admitted that the parent company lost money every year in the last 14 years except for 2007.

Success Trade and Ahmed also misrepresented to investors that the proceeds would be used for business expenses to promote and build the parent companyâs businesses when, in fact, the funds were used to make unsecured loans to Ahmed for personal expenses and to make interest payments to existing noteholders, thereby creating a Ponzi scheme that enabled the fraud to continue. In addition, as notes issued in 2009 and 2010 began to mature, Ahmed sought to persuade investors to convert their notes to equity or to extend the term of the notes by creating the false impression that his businesses were thriving and about to be listed on a European exchange. He also falsely led investors to believe that he was about to make a $15 million acquisition of an Australian company.

...in fact, the funds were used to make unsecured loans to Ahmed for personal expenses and to make interest payments to existing noteholders, thereby creating a Ponzi scheme that enabled the fraud to continue

Success Trade and Ahmed were also sanctioned for selling unregistered securities; however, in light of the expulsion and bar, these additional sanctions were not imposed.

FINRA, the Financial Industry Regulatory Authority, is the largest independent regulator for all securities firms doing business in the United States. FINRA is dedicated to investor protection and market integrity through effective and efficient regulation and complementary compliance and technology-based services. FINRA touches virtually every aspect of the securities business â from registering and educating all industry participants to examining securities firms, writing rules, enforcing those rules and the federal securities laws, informing and educating the investing public, providing trade reporting and other industry utilities, and administering the largest dispute resolution forum for investors and firms. For more information, please visit www.finra.org.