While the actual costs exceed $50B, the hidden costs are formidable as well 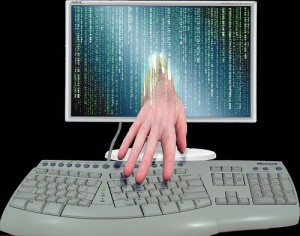 While the Stanford Financial Fraud Research Center estimates that $50 billion is lost to financial fraud every year, the FINRA Foundation's innovative research examines the broader psychological and emotional impact of financial fraud.

"Fraud's effects linger and cause distress well after the scam is over. For the first time, we have data on the deep toll that fraud exerts on its victims, and the results are sobering. This new research underscores the importance of the FINRA Foundation's work with an array of national, state and local partners to help Americans avoid fraud, and assist consumers who have been defrauded," said FINRA Foundation President Gerri Walsh.

the most commonly cited non-financial costs of fraud are severe stress (50 percent), anxiety (44 percent), difficulty sleeping (38 percent) and depression (35 percent). Non-Traditional Costs of Financial Fraud found that, beyond the psychological and emotional costs, nearly half of fraud victims reported incurring indirect financial costs associated with the fraud, such as late fees, legal fees and bounced checks. Twenty-nine percent of respondents reported incurring more than $1,000 in indirect costs, and 9 percent declared bankruptcy as a result of the fraud.

Additionally, nearly half of victims blame themselves for the fraud—an indication of the far-reaching effects of financial fraud on the lives of its victims. The FINRA Foundation's survey was administered online in August of 2014, and 600 self-reported fraud victims responded to the survey. Non-probability quota sampling was used to obtain the sample, and respondents were 25 years of age or older.

A pure probability sample of this size would have an estimated margin of error of four percentage points at the 95 percent confidence level. As in all survey research, there are possible sources of error, such as coverage, nonresponse and measurement error that could affect the results. Additional methodological information can be found in the full report. The FINRA Investor Education Foundation supports innovative and educational projects that give underserved Americans the knowledge, skills and tools necessary for financial success throughout life.

For details about grant programs and other FINRA Foundation initiatives, visit www.finrafoundation.org.