Finding and Retaining Talent Is Challenging, but Critical for Success

B of A Report: Boston Less Optimistic About the Economy Than Rest of Country 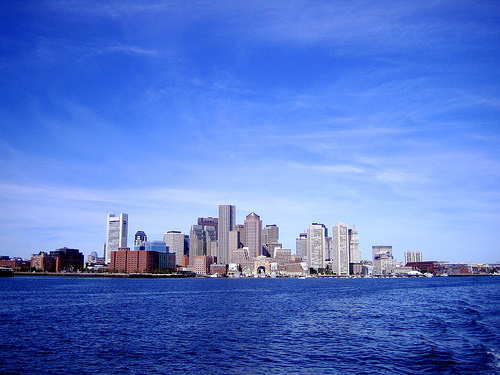 November 15, 2013 – BOSTON–(BUSINESS WIRE)–Bank of America today released its fall 2013 Small Business Owner Report, a semi-annual study exploring the concerns, aspirations and perspectives of small business owners across the country. The survey, which includes an oversampling of small business owners in Boston, found that almost three in 10 (28 percent) Boston respondents plan to hire over the next 12 months. Yet close to half (45 percent) say finding qualified employees is difficult.

Nearly four in 10 Boston small business owners (38 percent) agree that managing their staff is a source of great pride for them. But about half (49 percent) admit to having some level of frustration with their employees. The top frustrations are lack of proactive thinking (20 percent), poor time management (17 percent), and lack of accountability (15 percent).

âBoston small business owners are optimistic about their own success, linking their future prosperity to keeping and hiring the right talent,â said Anna Colton, Boston-based small business banker national sales executive for Bank of America. âAcross Massachusetts, our bankers are listening to small business owners, ensuring they have the guidance and support to be successful in 2014.â

Boston small business owners remain optimistic about the year ahead, but continue to have concerns

Small business owners feel optimistic about the future of their businesses â but not as optimistic as this time last year. Almost half (47 percent) of those surveyed in Boston expect their revenue to increase in the next twelve months, a ten percent decrease from 2012.

Small business owners feel optimistic about the future of their businesses â but not as optimistic as this time last year. Almost half (47 percent) of those surveyed in Boston expect their revenue to increase in the next twelve months, a ten percent decrease from 2012

Despite concern about health care costs, more than half (52 percent) of Boston small business owners say their hiring plans will not change in the next year due to new health care legislation. In addition, only 25 percent of Boston small business owners currently provide health/wellness benefit packages, consistent with national levels (27 percent).

Nine out of 10 (91 percent) small business owners in Boston think Black Friday has little or no impact on their bottom line, and 89 percent think Cyber Monday is similarly overhyped.

Maintaining a work-life balance during the last months of the year does not appear to be an issue for many Boston small business owners as only one-third (33 percent) report working longer hours during the holidays.

Boston small business owners are generous when thanking their employees during the holidays. The most popular perks are:

For an in-depth look at the attributes of the nationâs small business owners, read the entire fall 2013 Bank of America Small Business Owner Report. An infographic with highlights of the report can be found here.

The Braun Research survey results conducted on behalf of Bank of America and interpretations in this release are not intended, nor implied, to be a substitute for the professional advice received from a qualified accountant, attorney or financial advisor. Always seek the advice of an accountant, attorney or financial advisor with any questions you may have regarding the decisions you undertake as a result of reviewing the information contained herein. Nothing in this report should be construed as either advice or legal opinion.

Visit the Bank of America newsroom