How Financially Healthy Are Our States?

A retrospective on the past decade, framed by the great recession, and the outlook ahead for state credit quality 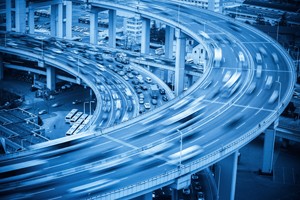 June 05, 2019 — HARTFORD, Conn.–(BUSINESS WIRE)–Leading global investment management firm Conning today released its latest edition of the companyâs State of the States municipal credit research report, which maintains a stable state credit outlook for 2019. The report uses 13 credit indicators to compare state credit quality and assign a ranking, with #1 being the highest and #50 being the lowest.

The reportâs stable outlook for state credit quality reiterates Conningâs position from October 2018. Overall, state credit quality is improving but remains regionally patchy, and the highest-ranked states are all west of the Mississippi. Driven by factors including expanding economies and population growth, the report found Utah to be the top-ranked state, followed by Nevada and Idaho. Meanwhile, slow population growth, lagging economies, and underfunded pension and reserve funds dogged the lowest-ranked states, with Kentucky coming in at 50, followed by Louisiana and Mississippi.

Retrospective: Insights on the Decade Since the Financial Crisis

âThe tenth anniversary of the end of the U.S. financial crisis provided a unique opportunity to study longer-term trends in state credit quality,â said Karel Citroen, Head of Municipal Credit Research at Conning and lead author of Conningâs State of the States report. âThe long-term perspective shows us to what degree even small changes in employment, GDP, housing prices, budgetary spending, and reserves factor into a stateâs credit quality and fiscal health.â

The past decade has revealed considerable shifts among the states. New Hampshire, for example, saw the most improvement, moving from #37 in 2009 to #7 in this latest edition. Other states with outsized gains over the last 10 years include Nevada, which rose from #29 in 2009 to #2 in 2019, and Utah, which climbed from #22 to #1.

Other key areas of focus in the report include research on recession preparedness. A 10-year GDP growth cycle has some economists thinking the U.S. is due for a financial downturn, and the report finds that states overall are better prepared for a recession now than in 2009. However, three main challenges – liquidity, expenditures exceeding inflation, and a lack of General Fund reserves – remain a significant hurdle for several states, according to the report.

General Fund reserve balances now average 13% of General Fund expenditures versus 9% a decade ago, just below the Conning-recommended 10% minimum. Fixed costs are the other side of the preparedness question, and the report found that several states are facing significant infrastructure spending and pension obligations that may challenge their fiscal stability should a downturn arrive.

The report finds that the public pension funding gap has risen for several reasons in the past 10 years despite the equity bull market. A decade of historically low interest rates has resulted in lower discount rates, requiring sponsors to dedicate greater amounts of money to meet obligations for future retirees. Simultaneously, lower interest rates have generated weaker-than-expected returns for fixed-income investments, hurting plansâ asset growth. The report revealed a number of instances where greater strains on budgets have caused a number of states to skip scheduled plan contributions.

The tenth anniversary of the end of the U.S. financial crisis provided a unique opportunity to study longer-term trends in state credit quality. The long-term perspective shows us to what degree even small changes in employment, GDP, housing prices, budgetary spending, and reserves factor into a stateâs credit quality and fiscal health...

The reportâs retrospective demonstrates the impact of high levels of fixed costs on a stateâs ability to overcome unforeseen economic challenges. As pension payments increase in heavily burdened states like Kentucky, these fixed costs, which the report defines as annual pension payments, annual OPEB payments, and debt service, crowd out other state programs like education and infrastructure, and hamstring low-reserve statesâ budgetary ability to respond to the next recession.

The Impact of Oil Prices

The report also revealed the importance of oil prices in states dependent on energy industry revenues. Several oil-patch states suffered when oil prices fell drastically in 2014 and remained low for the following two years. However, these states have benefited from the recent recovery in oil prices, with oil-producers Alaska (#27), North Dakota (#5) and New Mexico (#39) representing three out of the top four states for tax revenue growth in 2018.

Conningâs study found that states such as Alaska with significant oil-tax revenues tend to have reserves that could cover expenditures for up to a year, but other states rely on reserves to protect against revenue volatility caused by recessions. Conning suggests that states relying on economically sensitive revenues should carry higher balances.

âOne of the most satisfying revelations we gained from reviewing state credit quality over a ten-year span is that there is more common ground than divisions developing between states,â added Citroen. âDespite differing sources of revenue, attitudes towards spending, and shifts in population, the spread in credit quality between the top-ranked state and the lowest is smaller today than it was in 2009.â

Conning (www.conning.com) is a leading investment management firm with approximately $141 billion in global assets under management as of March 31, 2019.* With a long history of serving the insurance industry, Conning supports institutional investors, including pension plans, with investment solutions and asset management offerings, risk modeling software, and industry research. Founded in 1912, Conning has investment centers in Asia, Europe and North America.

*As of March 31, 2019, represents the combined global assets under management for the affiliated firms under Conning Holdings Limited, Cathay Securities Investment Trust Co., Ltd. (âSITEâ) and Global Evolution FondsmÃ¦glerselskab A/S and its group of companies (the âGlobal Evolution Companiesâ). The Global Evolution Companies are affiliates of Conning. SITE reports internally into Conning Asia Pacific Limited, but is a separate legal entity under Cathay Financial Holding Co., Ltd. which is the ultimate controlling parent of all Conning controlled entities.