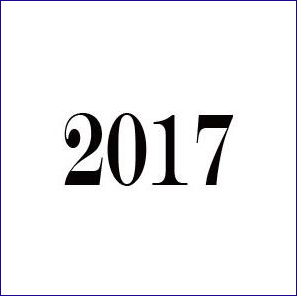 WalletHub has made economic predictions for each of the past five years with pretty strong results, earning an average GPA of 3.63. But we are truly in uncharted waters as 2016 comes to a close, riding an economic recovery that has lasted years longer than average and awaiting the inauguration of a new president who can send shockwaves through global financial markets with a single tweet. So itâs really anyoneâs guess what the future holds for our wallets.

Wallethub.com can nevertheless make some educated prognostications to help prepare you for the financial challenges and opportunities that 2017 will inevitably bring. Below, you can find a breakdown of 10 important developments that WalletHubâs editors expect in the new year, plus predictions from a panel of leading economic and policy experts.

The U.S. economy is expected to end 2016 having grown by about 1.75%, and projections for 2017 arenât much higher. âThe economy will start off well, but will likely slow after that, partly due to concerns about rising deficits and partly due to monetary policy that will tighten,â Michael W. Klein, professor of international economic affairs at Tufts University, told WalletHub.

At 4.6% as of November, the unemployment rate is far below the historical average of 5.8%, according to Bureau of Labor Statistics data since 1948. In fact, unemployment is currently at the lowest point since 2007, indicating there is little room for further improvement.

âIt is unlikely to fall much further,â said Bruce E. Hansen, distinguished chair of economics at the University of Wisconsin-Madison. âIt may either stay roughly constant, as it has recently, or increase slightly.â

With that in mind, we expect the unemployment rate to settle around 5% during 2017.

The stock market has been on a tear since the U.S. presidential election, but donât expect that to continue indefinitely. Stocks are still quite expensive, after all, with shares of the average company in the S&P 500 trading at roughly 26 times earnings, compared to a historical average of just under 16 times.

Thatâs why we expect the S&P to finish 2017 at about 2,288, which represents a gain of just 0.75% from current levels. For context, the average online savings account has a 0.65% APY, according to WalletHubâs latest Banking Landscape Report.

Total light-vehicle sales have risen consistently since September 2009, reaching a record high of 17.4 million units in 2015 that we might narrowly surpass this year. And 2017 is shaping up to provide more of the same, with expectations for another 17+ million units sold and the potential for a new annual record, depending on how well consumers manage rising debt levels and increased interest rates.

âAuto sales will remain robust,â said Scott E. Hein, chair of the Texas Tech School of Banking and co-editor of the Journal of Financial Research. âBut growth will not accelerate since this has been the one area that has done well in the weak economic growth environment experienced over the last half dozen year.â

With such headwinds in mind, however, it is unlikely that the U.S. auto industryâs boom can continue much beyond 2017. So we can expect sales volume to begin regression toward the historical mean of just over 15 million vehicles sold per year.

Existing Home Sales Will Rise To 6M, Despite Higher Rates

We expect existing home sales to reach 6 million in 2017, increasing by roughly 200,000 units from the 5.8 million forecast for year-end 2016 by the National Association of Realtors. Interestingly enough, higher rates might actually be the reason for the growth.

If interest rates rise slowly, we may see a nice bump in home sales and mortgage availability...

The Fed Will Raise Rates Twice, Bringing Its Target to 1.125%

WalletHubâs prediction of a single rate hike in 2016 is looking likely to come true, as there is a 95% chance that the Federal Reserve Open Markets Committee will raise its target rate from 0.25% – 0.50% to 0.50% – 0.75% at its December 14 meeting, according to CME Group. Both the odds and the FOMCâs minutes also indicate more than one rate hike in 2017, and we agree. We believe there will be two quarter-point increases, bringing the Fedâs target rate to 1.00% – 1.25% by the end of the year.

Furthermore, we can expect the rates at which consumers pay interest on loan and lines of credit to mirror the Fedâs target. Credit card rates were up 24 basis points through the first half of the year, following the Fedâs 25 basis-point hike last December, before increasing further during the third quarter in expectation of another Fed move.

2016 was a record-setting year for consumer credit card debt, though not in a good way. We saw the smallest first-quarter paydown since 2008 as well as the biggest second- and third-quarter build-ups since 2007. Weâre also on track to end 2016 with the largest net increase in credit card debt since 2007, at $80 billion. And we donât appear to be done.

With charge-off rates hovering stubbornly near historical lows and consumer performance clearly regressing, debt levels still have more room to run. So thereâs no reason to think we wonât blow past $1 trillion in outstanding balances with ease in 2017, demolishing the record of $984,159,159,200 set in 2008.

Credit scores have been rising steadily since the end of the Great Recession, and we can expect this recovery to culminate in 2017, as the last derogatory records from recession-era struggles fall off consumersâ credit reports. As a result, the average personâs credit score should rise from its current level of 668 to about 675 in 2017.

With that being said, annual credit-score increases should begin to level off thereafter as interest rates rise, balances become unsustainable and default rates rebound to historic norms.

The CFPB has been under fire since it was born in 2010, and with the Republican Party now in firm control of Washington, there is concern that the young agency could be a casualty of the new administrationâs policy changes. However, President-Elect Trump rode a populist wave to the White House, and itâs hard to tell how much grassroots support there would be for eliminating an agency that provided nearly $12 billion in relief for consumers wronged by financial institutions in just its first five years of existence.

So will Mr. Trump choose to spend precious political capital in a fight over the fate of one government agency people actually like, despite such a move inevitably looking like a favor to Wall Street? We think not, and weâre not alone. âIts good work will be undercut by some politicians, even further than it already has been,â said Jeffrey Frankel, professor with the Belfer Center for Science and International Affairs at Harvard University. But âI hope and guess that it will not be abolished outright.â

Credit card debt has skyrocketed in recent years, rising by $40 billion in 2013, $59 billion in 2014 and $71 billion in 2015. And if WalletHubâs projections hold true, weâll finish 2016 with another $80 billion on our tab. That would represent a quarter of a trillion dollars in new credit card debt racked up in just four years. Yet the charge-off rate has remained largely unchanged, hovering near historical lows.

At 2.86% through three quarters of 2016, the charge-off rate is just one-tenth of a percentage higher than in Q3 2015 and well below the 4.93% average from 2000 through 2007. Itâs just a matter of time until the other shoe falls, however. There will be a point where people can no longer afford minimum monthly payments on the prodigious amounts we owe, and itâs shaping up to come in 2017.

Read the entire report, with grading of past predictions and an âAsk the Expertsâ section, here.