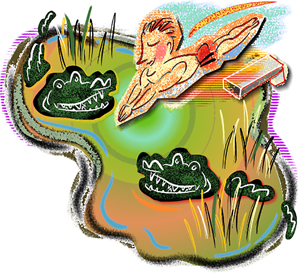 April 18, 2019 — NEW YORK–(BUSINESS WIRE)–A new study by Merrill conducted in partnership with Age Wave finds that financial independence defines adulthood today (75 percent) â more so than the traditional milestones of employment (61 percent), homeownership (30 percent) or starting a family (20 percent). However, due to mounting debt, higher costs of living and other hurdles, 80 percent of early adults (ages 18-34) say it is harder to become financially independent than it was for previous generations. Seventy percent of baby boomers, the parents of most of todayâs early adults, agree. The study also found that despite unique financial challenges, todayâs women are progressing through early adulthood faster and more successfully than men.

âEarly Adulthood: The Pursuit of Financial Independenceâ takes an in-depth look at the experiences and challenges of contemporary early adulthood: pressures of new roles and responsibilities; pursuit of education and burden of student loans; the power of intergenerational interdependence; and the ripple effects of debt. The study revealed that one in four early adults with a retirement account have already made an early withdrawal, primarily to pay off credit card or student loan debt.

âEarly adulthood is an exciting time of exploration and self-discovery, but there are new choices and challenges as well. Todayâs young adults are encountering more complex financial paths than prior generations, forcing them to postpone life milestones and putting their ability to save for retirement at risk,â said Lorna Sabbia, head of Retirement and Personal Wealth Solutions at Bank of America. âTo achieve financial independence, early adults can focus on developing smart financial habits, identifying areas to cut expenses to free up money for their goals, and seeking out financial education and guidance.â

The study surveyed a nationally representative sample of more than 2,700 respondents in the United States, with a focus on Americans ages 18 to 34. Key findings include:

Parental financial support is the norm
Seventy percent of early adults have received financial support from their parents in the last year, and as many as 58 percent say they would not be able to afford their current lifestyles without ongoing parental support. The aggregate amount spent by parents today on their early adult children is enormous â over $500 billion annually2.

Support goes both ways
As lifespans increase, children may also be providing more support â both financial and caregiving â to their parents down the road. Eighty-nine percent of early adults say they would be willing to âpay it backâ by financially supporting their parents in the future.

...it is a mistake to assume that you understand early adulthood today if you experienced it decades ago. When we reviewed the results of this study, I realized that I was never their age!

Work isnât âworkingâ for many
Forty-six percent say they plan to look for a new job in the next 12 months, the top reason being higher pay (69 percent). Finding work that combines meaning with adequate pay is a growing challenge. Less than half of employed early adults feel that in their current job, they have career potential (44 percent), fair compensation (41 percent), or work that aligns with their passions/interests (35 percent).

According to Ken Dychtwald, Ph.D., psychologist/gerontologist and CEO of Age Wave, âMore than ever, early adulthood is a complex matrix of new choices, freedoms and financial responsibilities â and itâs a life stage as exhilarating as it is challenging. As early adulthood becomes redefined by multiple forces, from the dominance of technology and rising levels of debt to an increasingly diverse workforce, it is a mistake to assume that you understand early adulthood today if you experienced it decades ago. When we reviewed the results of this study, I realized that I was never their age!â

Young womenâs and menâs paths are not parallel

According to the study, women are outpacing men in the quest for financial independence â despite greater student debt, unequal pay and more family caregiving involvement. Today, women carry almost two-thirds of the cumulative student debt in the U.S.3

More highly educated and ready for the jobs of the future
For every 100 young men who completed college last year, there were 141 women.4 Todayâs young women are better prepared to succeed in a workforce where more jobs are requiring a college education.

Investing remains the exception
Only 27 percent of early adult women surveyed reported holding investments outside employer-sponsored retirement plans, compared to 46 percent of men. Women report less confidence than men in managing investments5, and their biggest fear about investing is not about market volatility or rate of return, but rather not feeling they know enough about what theyâre doing (41 percent of women vs. 28 percent of men).

Age Wave
Age Wave is the nationâs foremost thought leader on population aging and its profound business, social, financial, health care, workforce, and cultural implications. Under the leadership of Co-founder Dr. Ken Dychtwald, CEO, Age Wave has developed a unique understanding of new generations of maturing consumers and workers and their expectations, attitudes, hopes, and fears regarding their longer lives. Since its inception in 1986, the firm has provided breakthrough research, compelling presentations, award-winning communications, education and training systems, and results-driven marketing and consulting initiatives to over half the Fortune 500. For more information, please visit www.agewave.com. (Age Wave is not affiliated with Bank of America Corporation or Merrill Lynch.)

Merrill Lynch Wealth Management
Merrill Lynch Wealth Management is a leading provider of comprehensive wealth management and investment services for individuals and businesses globally. With 14,796 financial advisors and $2.2 trillion in client balances as of December 31, 2018, it is among the largest businesses of its kind in the world. Bank of America Corporation, through its subsidiaries, specializes in goals-based wealth management, including planning for retirement, education, legacy, and other life goals through investment, cash and credit management. Within this business, Merrill Private Wealth Management focuses on the unique and personalized needs of wealthy individuals, families and their businesses. These clients are served by approximately 200 highly specialized private wealth advisor teams, along with experts in areas such as investment management, concentrated stock management and intergenerational wealth transfer strategies. Merrill Lynch Wealth Management is part of Bank of America Corporation. For more information, please visit https://www.ml.com/financial-goals-and-priorities.html.

Bank of America
Bank of America is one of the worldâs leading financial institutions, serving individual consumers, small and middle-market businesses and large corporations with a full range of banking, investing, asset management and other financial and risk management products and services. The company provides unmatched convenience in the United States, serving approximately 66 million consumer and small business clients with approximately 4,400 retail financial centers, including approximately 1,800 lending centers, 2,200 financial centers with a Consumer Investment Financial Solutions Advisor, and 1,500 business centers; approximately 16,400 ATMs; and award-winning digital banking with more than 37 million active users, including over 27 million mobile users. Bank of America is a global leader in wealth management, corporate and investment banking and trading across a broad range of asset classes, serving corporations, governments, institutions and individuals around the world. Bank of America offers industry-leading support to approximately 3 million small business owners through a suite of innovative, easy-to-use online products and services. The company serves clients through operations across the United States, its territories and approximately 35 countries. Bank of America Corporation stock (NYSE: BAC) is listed on the New York Stock Exchange.