Finalists Announced for the 2017 Invest in Others Awards 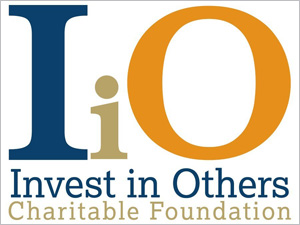 NEWTON, Mass., July 19, 2017 /PRNewswire/ — The Invest in Others Charitable Foundation is pleased to announce that fifteen financial advisors and six financial services companies were selected as finalists for the 2017 Invest in Others Awards.

Now in its eleventh year, the Invest in Others Awards program recognizes the charitable work of financial advisors and financial services firms in communities across the country and around the world. Through this flagship program, Invest in Others has presented 50 awards, partnered with over 140 charities, shared hundreds of inspirational stories, and donated over $2 million to causes that financial advisors and firms care so much about.

Financial advisors are nominated by their peers for actively giving back to non-profits to improve their communities and make a difference in the lives of others. Hundreds of nominations were received this year and finalists were selected based on their leadership, dedication, contribution, inspiration, and impact on a non-profit and the community it serves. The designated non-profits of award finalists and winners will receive donations of up to $25,000 from Invest in Others.

By award category, the 2017 finalists are:

Volunteer of the Year

“We’re thrilled to kick off our 11th year with an incredible group of advisor and corporate finalists that contribute in meaningful ways to their communities,”said Megan McAuley, Executive Director & President of Invest in Others. “They actively work to make a difference across a spectrum of causes including hunger prevention, youth development, financial literacy, medical research, and much more,”