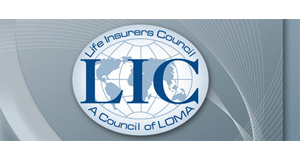 The 2017 study collected data from 33 carriers, reporting $592 million in total new annualized premium. Most of sales were simplified-issue products (89 percent), with 11 percent sold through guaranteed issue and less than 1 percent fully underwritten. According to the survey, the average age of buyers for simplified and guaranteed issue policies were 63 years old, while the average age of fully underwritten policies was 56 years old.

More than 80 percent of survey participants require a personal health interview before issuing a policy, which took on average less than 14 minutes. The study finds over half of the participating carriers offer final expense insurance through an e-app.

This annual survey does not include companies that primarily sell direct-to-consumer, which generate a high volume of guaranteed issue product sales not represented in this report.

Visit here for more information. LIC members receive complimentary access to the report, and it is available for purchase by nonmembers.