Fidelity’s Danoff on 2013: Time for stocks

The ContrafundÂ® manager on stocks, tech, and some of his biggest holdings 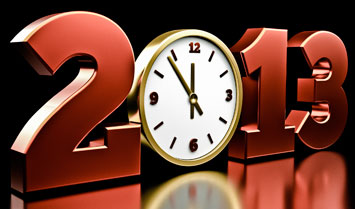 reprinted with permission from Fidelity Viewpoints

What could 2013 hold for stocks? No one knows for sure, but Will Danoff, manager of ContrafundÂ®believes that well-managed companies, toughened by the challenging conditions of recent years, are generating record amounts of cash and their free-cash-flow yields look attractive, particularly when compared to bonds.
Viewpoints sat down with Danoff to discuss his outlook for the markets overall, the trends he is watching, and his views on top fund holdings Google and Apple.

What is your outlook for stocks?

Danoff: Everyone has been focused on fiscal issues and thatâs part of the reason why correlations have been so high. First we had the fiscal cliff, next we will have the debt ceiling, and, of course, Europe is still contracting. I think most of this bad news has been discounted. Recently, the Wall Street Journal ran a front-page article with the headline, âFinancial advisors say stocks are a hard sell.â I believe this type of article indicates that the consensus view on equities is pessimistic.

In 1999, the market was screaming, the Internet was taking over the world, and stocks were definitely not a hard sell. Many people thought the market would appreciate 20% per year for the next decade. Instead, the stock market really hasnât made that much progressâabout 2% total return each year for the S&P 500 for the 13 years through Dec. 31âand as much as a trillion dollars has come out of stocks and gone into fixed income and cash.

Iâm bullish. Stocks are relatively cheap, and U.S. companies have become much leaner. Management teams were worried about the environment, so they were conserving cash and allocating capital prudently. M&A activity was down about 20% in 2012. Boards were saying, âWeâre not going for the long ball. Weâre going to focus on maintaining lean inventories, low capital spending, and tight expenses.â As a result, companies are nicely profitable and generating a lot of cash.

So looking forward, Iâm hopeful that weâre going to have modest top-line growth that will lead to decent earnings-per-share growth, good free-cash-flow yields, and total returns that may be a lot better than what we will see from cash and bonds.

What ideas are you most excited about for 2013?

Danoff: Iâve been managing money for more than 20 years, and there have only been a few sectors or themes that have really made a big difference for me. Instead, the key to my strategy is identifying the best companies in each industry. Over the last couple of years, itâs been a tough market and a tough economy, but that shows you which management teams have actually been able to execute.
That said, there are several emerging trends that could carry the economy and provide some stock picking opportunities. Housing bottomed last year, inventories have fallen, prices have risen, and unit sales have increased. The housing recovery could drive a lot of consumer confidence because two-thirds of Americans own a home. The housing sector could also improve employment, which should help the overall U.S. economy.

The recent stabilization in U.S. manufacturing could have legs. Companies are saying that Chinese wage inflation is up, that they donât trust the intellectual property protection there, that U.S. productivity continues to increase, and that U.S. energy prices are enticingly low. So more and more companies are moving plants back to the U.S. The industrials sector has been out of favor, and I have been finding more ideas there that should benefit from more competitive U.S. manufacturing and a recovery in housing activity.

I also like U.S. companies that can sell overseas. If youâre a good businessperson and you have a product that you can sell to potentially billions of consumers abroad, I think thatâs going to work out really well over time. Running a multinational well requires a lot of management skill. A lot of small companies just donât have the management bandwidth. Large companies like Colgate-Palmolive,1 Estee Lauder,2 or Starbucks3 have demonstrated the ability to go overseas and run a global company. So I think global blue chips are also going to continue to be a good theme.

Danoff: There are always opportunities in tech. The U.S. is the world leader in Internet technology, software, and social media. There are tidal waves that come along, wholesale changes that can create investment opportunities, and I think we are seeing several of those now.

Boards were saying, âWeâre not going for the long ball. Weâre going to focus on maintaining lean inventories, low capital spending, and tight expenses.â As a result, companies are nicely profitable and generating a lot of cash

One of these emerging trends is software as a service. This is one of the most meaningful innovations in enterprise software in more than two decades. Companies have ridden the database and client server for literally the last 20 years. Now companies such as Workday, Salesforce.com, and Concur are saying, âWeâre going to offer you software as a service on a monthly fee.4 You donât have to spend the capital. Operating costs are lower. All of your employees will be on the latest release and benefit from the latest innovations.â Itâs a better way to buy software.

The personal computer was a tidal wave that continued for many years, and I think the Internet is positioned similarly today. Smartphones are driving huge amounts of Internet traffic globally. The future is hard to forecast, but I believe that Google, Facebook, Yahoo!, and others are going to be major beneficiaries. And there will be some new, innovative start-ups as well.

You mentioned Google. What have you thought about that stock?

Danoff: Iâm always looking for companies and industries that are benefiting from positive change, where the outlook is improving. As a leader in the Internet, clearly the wind has been at Googleâs back.5 The positive change in the last 18 months is that Larry Page is now running the company as the sole CEO. And he has helped Google to really focus on their big engines of growthâYouTube, search and advertising, Chrome, Android, and Google+. I believe this intensified focus could accelerate innovation.
The stock has done basically nothing since 2007, but the earnings have roughly doubled, and the company is generating a huge amount of free cash flowâwe estimate the stock is producing roughly a 9% free-cash-flow yield. And net of the cash, the stock has been trading around 13 times earnings while core revenues have been growing almost 20% annually. So I have believed that Google could continue to grow and had the potential for P/E (price-to-earning multiple) expansion.

Danoff: Apple has been a fantastic company for Contrafund shareholders.6 Apple has been generating a billion dollars of free cash flow per week. In the last two years, the company has added $100 billion of revenue without needing any additional working capital. So most of Apple’s incremental profit has been going to free cash flow, and as of last count they had over $120 billion of cash on the balance sheetâroughly $130 per share.7 A lot of that money is offshore, but even if you discount the offshore cash at a full tax rate, the company has $100 billion of cash. Thatâs a massive amount of money. The stock has been disappointing in the last quarter or two. Competition has definitely intensified in the smartphone and tablet markets.

Any there any areas you are concerned about?

Danoff: I think we should be careful about the energy sector where there has been a lot of capital spending. The industry made a massive move into shale gas development and gas prices collapsed. Now the industry is investing heavily in oil shales, which could hurt the price of oil in the long-term. I think some companies are still chasing growth at the expense of returns.

So what should investors be thinking about?

Danoff: I think thereâs a human tendency to overreact to the last bear market. Everybody is still caught in the 2008 crisis mode where theyâve raised cash and played defense with fixed income and bond funds. While the global economy is not great, I think weâre well beyond the crisis phase.
My guess is a year from now the economyâs going to improve and stocks are going to be a good place to be. Iâm bullish. So, I think if youâre in cash, you have to really think hard about it and say, âHow much cash do I really need?â