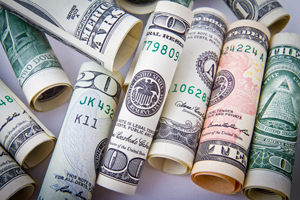 âDespite some market volatility at the beginning of 2018, retirement savers stayed on track and continued to contribute to their IRAs and workplace savings plans,â said Kevin Barry, president of workplace investing at Fidelity Investments. âIn addition, an increasing number of savers are contributing to both their IRA and workplace savings plan. Combining the benefits of these two savings vehicles helps build a diversified retirement savings strategy and can provide a significant boost to an individualâs retirement savings efforts.â

âEspecially during periods of market volatility, itâs important to take a long-term approach to retirement savingsâ continued Barry. âMaking regular contributions over time is a key part of building your savings, especially a retirement nest egg.â

Fidelityâs Q1 analysis also examines the different types of accounts and retirement plan design features that are available to meet the varying needs of investors.

Despite some market volatility at the beginning of 2018, retirement savers stayed on track and continued to contribute to their IRAs

About Fidelity Investments
Fidelityâs mission is to inspire better futures and deliver better outcomes for the customers and businesses we serve. With assets under administration of $6.9 trillion, including managed assets of $2.5 trillion as of March 31, 2018, we focus on meeting the unique needs of a diverse set of customers: helping more than 27 million people invest their own life savings, 23,000 businesses manage employee benefit programs, as well as providing more than 12,500 financial advisory firms with investment and technology solutions to invest their own clientsâ money. Privately held for 70 years, Fidelity employs more than 40,000 associates who are focused on the long-term success of our customers. For more information about Fidelity Investments, visit https://www.fidelity.com/about.

Keep in mind that investing involves risk. The value of your investment will fluctuate over time, and you may gain or lose money.

Target Date Funds are an asset mix of stocks, bonds and other investments that automatically becomes more conservative as the fund approaches its target retirement date and beyond. Principal invested is not guaranteed.

1 Analysis based on 22,600 corporate defined contribution plans and 15.8 million participants as of March 31, 2018. These figures include the advisor-sold market, but exclude the tax-exempt market. Excluded from the behavioral statistics are non-qualified defined contribution plans and plans for Fidelityâs own employees.
2 Fidelityâs IRA analysis is based on 9.7 million IRA accounts, as of March 31, 2018.
3 Analysis based on 10,700 defined contribution plans, including 403(b), 401(a), 401(k) and 457(b) qualified plans, and 5.6 million participant accounts, in the tax-exempt market, as of March 31, 2018.
4 Fidelity Investments analysis of 401(k) participants with 401(k) assets in excess of $1M as of September 30, 2017.