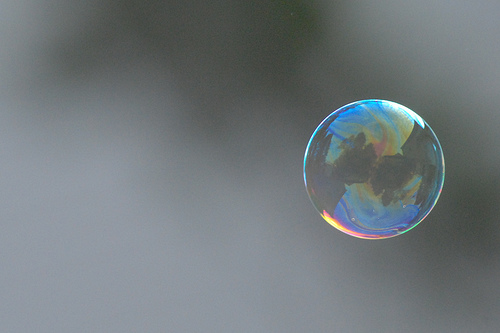 This Federal Reserve expansion announcement of their stress testing program from 18 large banks to 30 banks was not a surprise. The additional 12 banks will be subject to capital adequacy review for the very first time. Its purpose is to continue to lead banks to improve their risk management program as well as their capital base to avoid another financial crisis. However, the 2014 scenarios represent the most dire economic shocks resembling the 2008 bubble burst.

Concentrated counterparty risks has been a concern highlighted in the 2014 annual stress tests. The top six banks need to show they can withstand a sudden default by one of their largest counterparties. This combined with Dodd Frank rules will incentify banks to use more and more cleared derivative instruments and penalize non-cleared derivative transactions.

The Fed’s “severely adverseâ scenario specifies an unemployment rate of 11.25%, 25% slide in the U.S. Home Prices, and stocks dropping by 50% while imposing a Euro area back into recession and Asian developing countries experience a sharp slowdown. The housing price shock is a concern of Federal Reserve, particularly in the areas that have recently risen sharply. The increase in the severity of housing shock combined with risk-retention will dampen the expected non-agency RMBS revival on the margin. This is partly because of a higher capital cost for the larger banks under severe scenarios as well as other compliance related costs.

The 2014 annual test scenarios are not meant to be a base case forecast by the Federal Reserve. Yet the severity of the scenarios indicate that policy makers are becoming increasingly more concerned that their own unprecedented Quantitative Easing have indeed increased the risk of a bubble burst as the massive liquidity will be taken away. Aftershocks are known to sometimes cause more damage than primary earthquakes. Perhaps testing for strong aftershocks are finally becoming a relevant concept for financial stress testing.

The Next Big Battlefront For Banks May Be Alleged Forex Manipulation

The Fed's "severely adverseâ scenario specifies an unemployment rate of 11.25%, 25% slide in the U.S. Home Prices, and stocks dropping by 50% while imposing a Euro area back into recession and Asian developing countries experience a sharp slowdown

“Banks continue to battle in court over their role in the housing bubble/collapse and are also heavily focused on sifting through the mess associated with the Libor scandal,â says James Frischling, President and Co-Founder of NewOak. âHowever there seems to be no shortage or limitation on the number of issues the banks can face. The next big thing is already here and involves accusations of foreign-exchange rate manipulation.â

The banks are trying to get out in front on this one and a number of them have announced their own efforts to review trading practices after regulators launched a formal investigation earlier this month. The media brought the issue of potential wrongdoing in the foreign-exchange market to light back in June.

Some $5.3 trillion is traded every day in the global foreign exchange markets so, similar to the accusations in the mortgage fight and Libor scandal, the law of large numbers applies and with it the likelihood that the many participants in these markets may get caught up in the net. The alleged wrongdoings involve collusion among some of the worldâs biggest financial institutions to set prices and the front-running of client orders.

A number of banks have already suspended staffers on their currency desks as internal investigations try to keep pace with the investigations by global regulators. While all the investigations are in the early stages, the tone on both sides when commenting on the probe appears to be one of âcooperationâ.

The foreign-exchange scandal has the potential to match the size and scale of the Libor scandal. The banks want to put these issues behind them and focus on their business. With new scandals being added to the docket, focusing on business as usual is going to prove hard to do.