The Federal Reserve and Shared Prosperity

Why Working Families Need a Fed that Works for Them 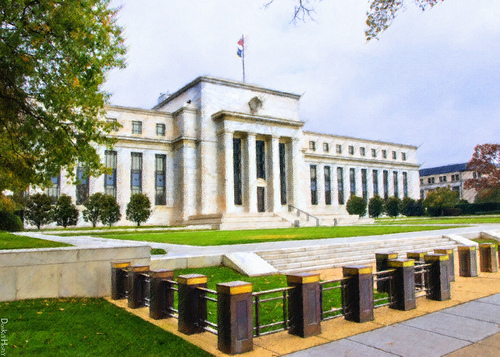 
The Federal Reserve’s policies affect almost every important aspect of the economy. Given the gradual strengthening of the economy after the Great Recession, there is now talk of normalizing monetary policy and raising interest rates. That conversation is important, but it is also too narrow and keeps policy locked into a failed status quo.

There is need for a larger conversation regarding the entire framework for monetary policy and how central banks can contribute to shared prosperity. It is doubtful the United States can achieve shared prosperity without the policy cooperation of the Fed. This makes activist engagement with the Fed and its policies a matter of the highest importance.

Full employment is the bedrock of shared prosperity. Working families need jobs to provide income, and full employment ensures that jobs are available for all. Full employment also creates an environment of labor scarcity in which workers can bargain for a fair share of productivity gains, making full employment essential for decent wages. A major factor behind the wage stagnation of the past 30 years is that the U.S. economy has been far from full employment for most of this time.

Federal Reserve policy is absolutely critical for attainment of full employment, and the Fed is legally mandated to pursue policies that promote maximum employment with price stability. However, it has not been doing so for the past 35 years, preferring to emphasize price stability (i.e., inflation) on grounds that full employment will take care of itself if inflation is low and stable.

The Fed’s retreat from full employment has been part of a general retreat by the Washington policy establishment, including both Republicans and elite Democrats who control the Democratic Party. The labor movement and working-family activists must wholeheartedly embrace the issue of full employment and compel both Washington and the Fed to make it the nation’s foremost economic priority.

There is an irony to the current moment. Even though the Fed has failed in the past to live up to its obligations, it is now the only major Washington policy institution that is even tipping its hat to the issue of full employment. Though the Fed should be credited for its new awareness, it is critical not to forget its past inclinations. Those inclinations remain very much alive within the institution and ready to surface.

Labor and working-family activists need a strategy to ensure the Fed’s renewed concern with full employment is translated into policies that deliver. The strategy should have an inside and outside dimension. The inside dimension entails constructive informed engagement at a senior level within the Federal Reserve System. The outside dimension requires bringing popular pressure from Main Street to Congress to bear on the Fed.

The strategy must also go beyond the Fed and into the Democratic Party, which must also come to view full employment as the country’s most important economic policy priority. Democrats must be stripped of the “Clinton fig leaf” of the 1990s. In the late 1990s the United States experienced a brief period of full employment during which wages rose. That period clearly showed the benefits of full employment, but it was bubble-driven and unsustainable.

The goal is to insist on sustainable full employment supported by rising wages and real investment. The Clinton fig leaf is a major obstacle because many Democrats invoke the period to justify a return to past policies, despite their having proved unstable and unsustainable.

Convincing the Fed to adopt full employment policies requires persuading it to change its policy framework. In the meantime, there is an omnipresent danger that the Fed will prematurely tighten monetary policy in the name of preventing inflation, despite the fact the economy is far away from full employment. To lay the foundation for full employment, the Fed should adhere to the following precepts: