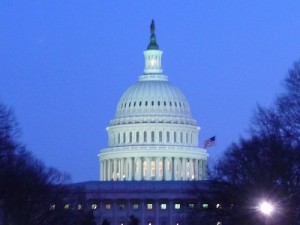 The comments were released as part of FIO’s 2016 “Report on Protection of Insurance Consumers and Access to Insurance” issued Monday. Consumer advocates with Consumer Federation of America (CFA) and Center for Economic Justice (CEJ) agree, urging policymakers around the country and the National Association of Insurance Commissioners to take stock of their states’ insurance markets and initiate efforts to address the weaknesses identified by FIO.

“We appreciate that the Federal Insurance Office has raised some significant consumer issues, and states need to do a better job addressing them,” said Birny Birnbaum of CEJ. “While states have the job of regulating most insurance products, it is extremely valuable for Americans to have an independent federal agency putting resources and expertise toward monitoring consumer issues in the insurance marketplace.”

The report marks the first comprehensive governmental look at insurance consumer issues, according to the consumer groups. They note that FIO praises state insurance regulators where appropriate but, importantly, also identifies failings that impact consumers. The report also illustrates the public value of FIO, which was created by the Dodd-Frank Wall Street Reform and Consumer Protection Act and given responsibility to monitor insurance markets and identify gaps in state-based regulation.

One of the more pointed critiques in the report highlighted the lack of state protections for consumers when it comes to insurers’ use of Big Data in the underwriting and pricing of insurance products. FIO noted: “With rare exceptions, state insurance regulators have not asserted regulatory authority over third-party vendors that provide insurers with pricing and rating tools. This failure results in a significant regulatory gap, which should be closed to prevent potential harm to individuals, families, and businesses.”

We appreciate that the Federal Insurance Office has raised some significant consumer issues, and states need to do a better job addressing them.

FIO also highlighted the perils of allowing insurance companies to rate drivers based on their marital status, a problem noted previously in a 2015 CFA study. FIO asked: “Is it fair for the victim of an abusive spouse who obtains a divorce to face higher auto insurance premiums for ending a dangerous relationship? Is it fair for a widow (or widower) to pay more for auto insurance after experiencing the loss of a spouse?”

The report will be released after the agency spent two years working with consumer groups and the industry to develop a standard for analyzing affordability in auto insurance markets, establishing that liability premiums greater than two percent of the median income in low-income and communities of color are unaffordable. Dozens of consumer, civil rights and community groups jointly filed comments urging FIO to move forward with its reporting on auto insurance affordability.

“Auto insurance is required of drivers in every state except New Hampshire, yet there has never been a government analysis â state or federal â examining whether or not low-income drivers can actually afford to comply with these insurance mandates,” said CFA’s Bob Hunter. “We eagerly await FIO’s report on affordability and expect that the new administration will continue to monitor this vital issue which impacts the inner cities particularly hard.”

The Consumer Federation of America is an association of more than 250 non-profit consumer groups that, since 1968, has sought to advance the consumer interest through research, education, and advocacy.