From Fear to Growth: Four Trends to Watch in 2014 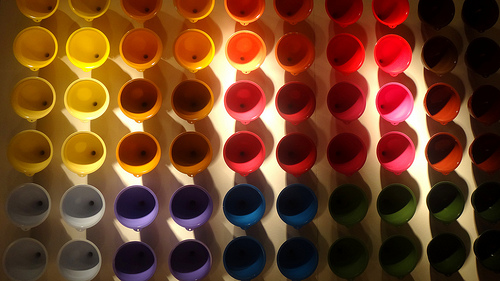 Mr. Leeds is the publisher of Peter Leeds Penny Stocks

For some this year will hold unique opportunities to build and preserve wealth. For others it could be a costly period. For all of us, the difference between strengthening your finances or watching them shrink will be based on your understanding of what 2014 holds. These trends are coming whether or not you are prepared, but you can be sure the smart money will be ready.

Americaâs businesses have massive amounts of cash at the ready, and those amounts have been growing. According to EPFR Global, an organization which tracks fund flows, investment banks like Citigroup have seen corporate deposits on hand grow 4% (to $432 billion) compared to the previous year, while JP Morgan saw a 10% jump (to $386 billion).

If you add Wells Fargo to the mix, the three banks together are sitting on a mountain of about 1 trillion dollars.

The majority of these funds were on the sidelines while our government continuously dodged obstacles – multiple debt ceiling debates, a government shutdown, recession, European economic weakness…

Now with the economy rounding the corner, you will see businesses turning their focus from fear to growth. Right now, major opportunities exist for corporations to put their money to work. Research and development expenditures should balloon. Takeovers will be commonplace because many businesses are currently undervalued. Industries may consolidate through strategic mergers and acquisitions.

Meanwhile, many purchase decisions which have been put off may be back on the table. Add to this a stubborn unemployment rate, ensuring that a massive and willing workforce sits at the ready.

The decreasing economic uncertainty, coupled with the returning focus on growth, is a perfect environment for corporations to thrive. They will use some of their cash stockpile to take advantage of the numerous opportunities.

Last quarter, the only thing more widely followed than the birth of the Royal baby was probably the Federal Reserveâs monthly $85 billion bond buying program. Financial analysts and television shows the world over continue to watch and anticipate every blink of the eye coming from the Fed chairman, looking for and prognosticating on potential decreases (tapering) in quantitative easing (QE).
The Fed tapering will catch no one by surprise. Reductions in QE are coming, about that there is no question. While the markets get skittish about a potential taper, the eventuality is common knowledge, and now âbaked into the pieâ by investors.

So while investors prepare for Armageddon, they are setting themselves up to be insulated from it. Thus when the reduction in QE is actually upon us, the resulting response in the investment world will be subdued, especially compared to what most investors and analysts seem to expect.

This is not to say that the stock market wonât suffer a correction, or even a crash. Any such situation will not come from the risks which are in plain sight, but rather from the one we didnât anticipate or expect… just like almost every time in history, going all the way to Hollandâs tulip bulb mania.

The Birth of Inflation

Official government statistics will tell you inflation is under control, and indeed it currently is (thanks to a tame economy). Yet, what happens when the economy springs back to life?

Certainly pumping $85 billion into the economy every month should stoke inflation. Technically printing new money IS inflation. The fact that it has not yet shown up in the data does not eliminate the eventuality, but rather demonstrates it is just getting started.

The decreasing economic uncertainty, coupled with the returning focus on growth, is a perfect environment for corporations to thrive. They will use some of their cash stockpile to take advantage of the numerous opportunities.

The manner in which the Fed tracks inflation through the Consumer Price Index (CPI) is flawed. According to Shadow Stats, a service which tracks government economic reporting, the CPI does not include food and fuel. ShadowStats puts the inflation rate at over 15%.

The manner in which CPI is calculated by the government is also unrealistic. For example, if a family can no longer afford a $2,000 vacation, so they take the $500 one, it gets treated as zero inflation. I mean, they still got a vacation, right?

With government statistics muting the actual inflation levels, the Federal Reserve âcreatingâ billions of new dollars, and domestic and global economies returning to growth, prices will rise. It will take more dollars than it used to, for just about everything.

In fact, the buying power of a dollar stuffed under your mattress will actually shrink over time due to inflation. It is still one dollar, but it buys less. Thatâs why a $40,000 house now costs $825,000, and a $3 meal now costs $87.

One of the ways inflation appears is in wages. According to the United States Bureau of Labor, many States (from California to New Jersey to Missouri) have hiked their minimum wage. Numerous other States are fighting for a similar outcome. Meanwhile employees with medium and top salaries require greater compensation to offset increasing costs of living.

As is always the case, inflation will start slowly and build from there. In 2014 we will see the initial jump in inflation, and a recovering, thriving economy will only stoke it further into 2015 and beyond.

The Return of Retail Investors

After being spooked by all the dysfunction in Washington and weakness in the economy, retail investors are finally returning to the stock market. After significant outflows in previous years, over $165 billion has gone back into stock mutual funds, according to the information and rating agency Lipper.

The increased activity among retail investors is showing up on the top line of some discount brokerages. For example, Charles Schwab reported revenues increasing 14.5% to a 13 year high. Meanwhile, the week ending October 29th saw $10.6 billion going into stock mutual funds, as reported by EPFR, which tracks global fund flows and allocations data.

This trend will continue in 2014, as improving economic conditions stoke retail investor confidence even more.

With corporations turning their sites on growth, we could see an improvement in the unemployment rate. Meanwhile, retail investors should benefit by getting involved in stocks which are pumped up by QE. A big sell-off brought on by Fed tapering will be muted, thus allowing investors to keep the gains theyâve seen on the markets.

Wealth accumulation will be possible, even from these lofty stock markets heights. However, going into 2014 and beyond, that focus may best be switched to wealth preservation, as inflation initially appears.

The trends for 2014 are on their way, and each investor much decide how to take advantage of them. There will certainly be numerous opportunities for the prepared.

Peter , one of the most popular financial publications in America, and which has sold over 35,000 subscriptions on six continents. He has also been covered extensively by major media outlets, from Manhattan to Moscow, including NBC, CBS, Fox, Business Excellence Magazine, Russia Today, and dozens of other television, radio, magazine, book, newspaper, and online outlets. â¨â¨Leeds is the author of Penny Stocks for Dummies and Invest in Penny Stocks [John Wiley & Sons], was a contract writer for Forbes, and is a public speaker [American Stock Exchange, World MoneyShow, mini-seminars]. Leeds also led the panel at the prestigious Arch Investment Conferences in Manhattan, and at the World MoneyShow.â¨â¨Website: http://www.PennyStocks.net and http://www.PeterLeeds.com