Most People Own Life Insurance Coverage Equal to Three Yearsâ Worth of Earnings â What Happens in Year Four? 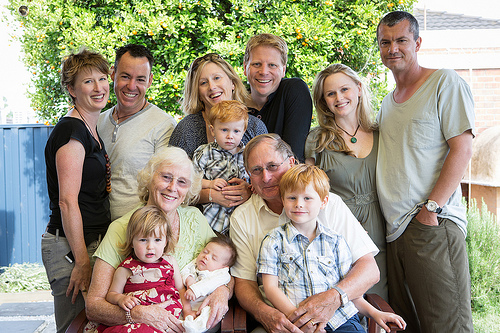 June 10, 2014 – NEW YORK–(BUSINESS WIRE)–A unique pair of national surveys looking at life insurance protection conducted before and after the Great Recession finds Americansâ gap in protection has worsened considerably. Americans say they want enough life insurance, on average, to cover expenses for at least 14 years after the loss of a breadwinner â but in reality only have three years of protection in place. The research also found substantial variation in life insurance coverage across different regions of the country.

âMy question is: what happens in the fourth year? If you pass away, your paycheck goes away and your family is still in need of income,â said Chris Blunt, co-president of the Insurance and Agency Group, New York Life. âItâs no surprise that Americans are underinsured. What did surprise us was the magnitude of the gap and the fact that it has grown so dramatically since 2008, putting families at even greater financial risk.â

Before the Great Recession took solid hold in 2008, Americans reported a median shortfall between their life insurance coverage and their self-described financial needs of $289,378. Today, Americans are reporting a $320,000 âgapâ. This represents a 59 percent shortfall between Americansâ financial goals and the money they would have available from their life insurance policies in the event of the breadwinnerâs death. The gap has grown by 11 percent since 2008, putting Americans in even greater danger of missing widely-held goals such as paying off a mortgage, funding a four-year college education or financing a secure retirement because they lack adequate life insurance protection.

The Life Insurance Gap survey examined the financial planning attitudes and behaviors of 1,000 Americans age 25 and over with dependents. It focused on how much life insurance coverage they had in place and what they want their life insurance policies to cover in the event of the death of the breadwinner, resulting in a self-reported gap. The study was conducted by The Futures Company and commissioned by New York Life, the nationâs largest mutual life insurer.

The study found a large disparity in coverage and potential exposure to financial difficulty across different regions of the country. Families in the Western U.S. are wrestling with a gap of more than $450,000, while those in the Midwest are looking at a smaller, but still sizeable, disparity of about $230,000.

According to the New York Life study, many Americansâ ability to tackle the life insurance gap is challenged by perceptions about their security and coverage that rarely matches real world facts:

Perception: Majority of Americans want life insurance to cover funeral expenses, cited as the top reason to buy
Reality: The greatest need Americans report for use of the death benefit is for income replacement

Itâs no surprise that Americans are underinsured. What did surprise us was the magnitude of the gap and the fact that it has grown so dramatically since 2008, putting families at even greater financial risk

âNo doubt the economy has been tough on families â home values sank, the stock market got hammered, and financial assets went way down. Families are scratching for every bit of discretionary income and there is a lot of competition for their dollars. Now, sadly, we learn that five years of penny pinching and cutbacks have extended to the core safety net Americans need to protect their families. We believe this is one area that shouldnât be ignored,â said Mr. Blunt. âWe hope this survey begins a discussion at kitchen tables across the country and that families do what they can to build up their financial protection. Even if you canât afford the ideal coverage for your needs, something is always better than nothing.â

Think You Have a Gap, Go Online Today

The 2013 survey was conducted by The Futures Company, an independent third party research company. A total of 1,004 (unweighted) nationally representative online surveys were conducted from April 24 to May 1, 2013. Participants had to be at least 25 years of age, married or with financial dependents and/or have sole or shared household financial decision making power, and had to have annual household income of at least $50,000.

The 2008 survey was conducted by the independent research firm Greenwald & Associates. A telephone survey of 1,003 consumers was conducted in May 2008. Participants had to be at least 25 years of age, married and/or responsible for the support of their children, and had to have annual household income of $50,000 or more. The sample was evenly split between men and women. In a similarly-sized random sample survey, the margin of error at the 95% confidence level for the 1,003 consumers surveyed is plus or minus 3.1%.