Causes are deeply embedded within society 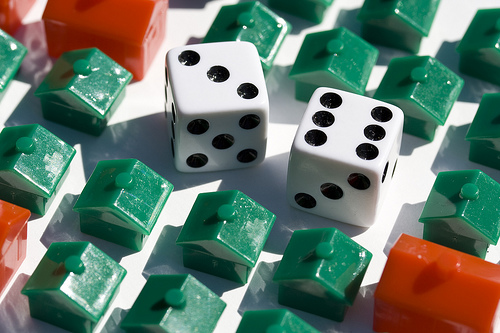 Despite low interest rates and an improving job market, homeownership in the U.S. continues to fall, reaching a 19-year low of 64.7%, according to the Census Bureau. More significantly, the fundamental causes of the decreasing home-ownership trend are becoming more entrenched and are not expected to reverse anytime soon.

One of the key culprits has been U.S. home affordability, which has been negatively affected by rising home prices, increasing interest rates and stagnating wages.

The second factor is the precipitous drop in first-time home purchasers as the share of total home sales. First-time home buyers constitute one of the major drivers of the homeownership rate of change. Notably, one of the chief criticisms of the U.S. housing market recovery has been the lack of first-time home buyers. This has been attributed to much tougher mortgage underwriting standards, lower quality of new jobs and changing demographics.

College graduates are not qualifying for new home purchases as many of them are burdened with student loan repayments as well as the higher down-payment requirements. As a result, first-time homebuyers are failing the qualified mortgage/qualified residential mortgage and ability-to-repay rules.

College graduates are not qualifying for new home purchases as many of them are burdened with student loan repayments as well as the higher down-payment requirements. As a result, first-time homebuyers are failing the qualified mortgage/qualified residential mortgage and ability-to-repay rules

Unless home prices rise at a much slower pace and the U.S. economy produces more higher-paying jobs and regulators loosen up the mortgage lending rules, the downward trend in homeownership is unlikely to reverse course any time soon. In the meanwhile, multi-family and single-family rentals will remain in demand and capture more market share. It is entirely possible that we will see U.S. homeownership dip below 60% by 2020, which is more in line with Europe.

Too Big To Fail Portuguese Style?

The European Union has no patience for another banking crisis so, in order to avoid contagion, it approved a plan which will have Portugal spend about $6.5 billion to rescue its largest bank â Banco Espirito Santo (BES). The bailout will protect all of BESâ depositors as well as its senior creditors.

While the bad news surrounding BES has been brewing, this clearly isnât 2012 when rates were up around 15% to reflect concerns about the European debt crisis. The issue facing BES is very concentrated on the exposure the bank holds to a number of companies headed by the Espirito Santo family. The bailout, however, is a real setback for Portugal, which only recently exited from a three-year, nearly 80 billion-euro bailout financed by the EU and International Monetary Fund.

The plan for BES will follow previously EU-driven bank rescue plans where a good bank and a bad bank are created. The troubled assets will be spun off into the bad bank, with losses being born by BESâs junior note holders and shareholders. The good bank will be recapitalized with nearly 5 billion euros from the special bank resolution fund, which was created in 2012. Portugal will lend the fund 4.4 billion euros.

The situation in Portugal is a dangerous reminder of the challenges that are still prevalent in the regionâs banking system. Despite the relatively small size of the BES bailout, government debt from Greece, Spain and Italy have all also widened, which only underscores how correlated these countries are and the risk that there will be an increasing need for more bailouts if other problems come to the surface.