Facts About Social Security and Women 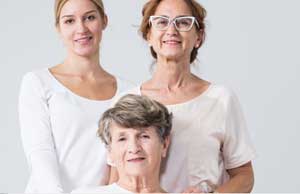 WASHINGTON, May 18, 2017 /PRNewswire-USNewswire/ — On Mother’s Day weekend, the Social Security Committee of the American Academy of Actuaries highlighted key facts about “Women and Social Securityâ while urging lawmakers seeking to reform Social Security to carefully evaluate the potential impact of proposed changes to this important source of retirement income for women.

The committee’s updated issue brief highlights key aspects of the program, including:

For women, a much-changed place…

“Financial security is a great way to honor all women, including mothers,” said Janet Barr, a co-author of the issue brief. “Ensuring that the dialogue around Social Security reform accounts for the facts about women’s benefits and the much-changed place of women in society since the program originated is a great place to start.”

The committee describes reform options aimed at addressing the specific Social Security challenges faced by women, including modifying the benefit computation period, providing a minimum benefit, and changing spousal benefits. It also examines the potential impact on women of reform proposals aimed at addressing Social Security’s funding challenges, such as changing the benefit formula, lowering cost-of-living increases, and increasing the payroll tax, the limit on taxable earnings, or the retirement age for full benefits.

Read the issue brief, Women and Social Security, and learn more about the Academy’s pension-related public policy work at actuary.org.

The American Academy of Actuaries is a 19,000-member professional association whose mission is to serve the public and the U.S. actuarial profession. For more than 50 years, the Academy has assisted public policymakers on all levels by providing leadership, objective expertise, and actuarial advice on risk and financial security issues. The Academy also sets qualification, practice, and professionalism standards for actuaries in the United States.