From the SOA Archive

The Fable of the Storyteller and the Market 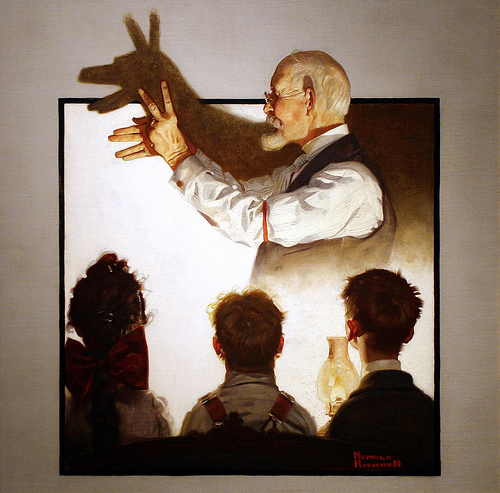 Mr. Scoles, FSA, FCIA is the author of the forthcoming book Fooled by the Market. He can be reached through e-mail at [email protected]. This article is part of the Society of Actuaries essay e-book ‘Investment Fallacies.’ Reprinted with permission.

Every day the financial media distills the market movements into a simple explanation or two. Lately, the daily market explanation is usually along the lines of: âJoe Confident, chief economist at Big Financial Corp., points to concerns about the Federal Reserveâs quantitative easing program as to why the market declined 12 points today. His firm oversees about $432.4 billion.â One of the great investment fallacies that seems impossible to defeat is the âmarket storyâ â an explanation of financial markets moves.

Furthermore, the market story is almost always along the lines of some external event (e.g. Federal Reserve utterances, Middle East tensions, etc.) being the cause for the market move. Often the consequences of using these market stories are not particularly significant, but sometime these stories lead to a sort of logic and extrapolation of events that leads people very astray. For example, in early 2009, it was widely viewed that subprime mortgages were the cause of the financial meltdown.

Additionally, there were still vast numbers of mortgages in the US that still had their 2-year
year rate resets coming up that year. Thus, as the common logic went, if the stock market was going down because of mortgage defaults, more rate resets (with their higher rates) would lead to more mortgage defaults and thus the market would continue going down. However, instead, the stock
market turned upwards, leaving behind those who followed the subprime story.

Stories seem fundamental to human communication. For most of our entire existence stories were our only way of communication. Stories usually involve some sort of step-by-step cause and effectÂ  relationship. Stories can take a long series of events and reduce it to something you can remember and repeat to others. For most of human life, stories were a great way of understanding things. However,
in markets stories are rarely a reasonable approach.

Financial markets involve millions of participants (human and algorithmic) with a vast array of objectives, strategies, time frames, and amounts of leverage. The current market price is simply a single output of a vast and complex interactive process. A useful analogy to markets is a sand pile. As more single grains are poured onto the pile, the sand pile builds up with an occasional avalanche. Some avalanches are tiny, some are very large. The avalanches are a result of both an incremental grain of sand and the current state of the sand pile (for example, its steepness).

While you could say a particular grain of sand caused an avalanche, the far more important aspect was the internal state of the sand pile. When the sand pile is in a fragile state, any grain of sand would cause an avalanche. There is nothing special about that last grain of sand â the sand pile itself was at a tipping point ready to be tipped. With all of these interacting grains of sands, a story of the sand pileâs movements gets real messy, real quick.Â  With financial marketâs millions of participants and their
various underlying approaches, markets are similar to sand piles â the internal state of the market likely has a far, far greater impact on subsequent market moves than the latest external news event. Whatâs happening with subprime mortgages of whatever the Federal Reserve is doing might be best viewed as a few grains of sand in a much larger sand pile.

For most of human life, stories were a great way of understanding things. However, in markets stories are rarely a reasonable approach

A simple and humorous example of the market story was exposed in the oil market a few years ago. A $1.50 spike in the price of oil during the night of June 30, 2009 was eventually found by the Financial Services Authority to be partly due to a futures broker going long 7 million barrels of oil in a âdrunken blackoutâ. The position was closed out the next day. When I saw the results of the this investigation,
I went to my Bloomberg terminal to see what the explanation of this price spike at the time was: âthe rally was prompted by concerns that an attack on a Royal Dutch Shell oil field in Nigeria will impact on the global oil supply.â And then in another Bloomberg article, the decline in oil price the next day was due to an âunexpected decline in U.S consumer confidence!”

A more serious current example of the market story is the idea that the US stock market is being driven by quantitative easing â which leads to a sort of logic along the lines of: If the market is going up because of quantitative easing, then the stock market can always be controlled (up or down) by
the management of the Federal Reserveâs QE program. Letâs say enough market participants believe the Federal Reserve has the back of the stock market. Enough people believing that and taking significant risk (perhaps via leverage) could ultimately lead to a very fragile situation.

The market story fallacy is not easy to overcome. First of all, we are built to jump to quick theories and conclusions of why something is happening (we do it continuously every day in real life) so we need an explanation. Second, humans generally dislike uncertainty and a simple story is one shortcut we take in dealing with the uncertainty of markets.

As well, the business of providing market explanations is very lucrative as a way of looking like an expert. Beating the market is a vastly difficult task, but providing confident âexplanationsâ of market moves at least gives the impression of market expertise. One way to overcome the market story fallacy as far as the daily explanations are concerned is to take two or three weeks of market âexplanationsâ and compare them to the variety of factors given. You quickly find inconsistent explanations (a particular event causing the market to move up one day and other days causing the market to move down). Or you find âevidenceâ given one day is not referred to on other days (Middle East tensions are often
used for the price of oil going up, but are conveniently forgotten when the price of oil goes down).

Overcoming the market story fallacy over longer periods usually requires either a really good memory or an analysis of market explanations from several months or years ago. For example, at one time the Federal Reserveâs low interest rate policy was said to be causing inflation (as shown through rising oil prices in 2007 and 2008). However, interest rates were lower several months later as the price of
oil dropped dramatically.

And perhaps the best strategy for dealing with the market story fallacy is accepting the uncertainty of markets. There are simply too many interacting forces at play within the sand pile of markets to be able to summarize them into a simple story. To be sure, the latest news events can have some sort of impact on financial markets, itâs just the process of creating a nice story for market moves is often useless at best and very risky at worst.