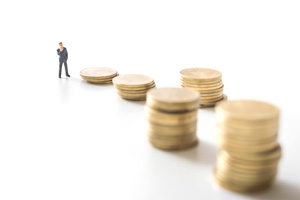 The Investor Movement Index, or the IMXSM, is a proprietary, behavior-based index created by TD Ameritrade that aggregates Main Street investor positions and activity to measure what investors are actually doing and how they are positioned in the markets.

Year-to-date, indices have posted healthy increases â S&P 500 and Dow Jones Industrial Average up over eight percent, and Nasdaq Composite increasing over 14 percent. Economic data has also strengthened around the globe so far this year, and the Federal Reserve remains confident about the path of the U.S. economy, increasing its target rate by a quarter percent.

For the second consecutive month, TD Ameritrade clients showed strong interest in Technology stocks. Apple (AAPL), which experienced volatility during the month and ended the period down, was a net buy. Facebook (FB) reached a 52-week high during June and was net bought. Amazon (AMZN), which broke through the $1,000 mark during the period, was also a net buy. Tesla Inc. (TSLA) hit another all-time high during the period and was another net buy.

TD Ameritrade clients were net sellers of banks Citigroup Inc. (C) and Bank of America (BAC) during the period. Both stocks were up during the June period as all major banks passed the qualitative portion of the Fedâs stress test and were cleared to pay increased dividends. Arconic Inc. (ARNC) was a net sell once again following volatility with the stock down over 15 percent during the period. American Airlines Inc. (AAL) was a net sell after the company reached a 52-week high following record year-to-date traffic volume. Bristol-Meyers Squibb (BMY), which traded up during the month after the U.S. Senate released its legislation to repeal and replace the Affordable Care Act, was also net sold. Newill Brands Inc. (NWL), which reaffirmed its guidance and reached a year-to-date high, was a net sell. Additional names sold include Yahoo, Inc. (YHOO) and Mobileye (MBLY).

As the 10-year yield remains lower than earlier estimates, dividend stocks including Ford, AT&T and Verizon have remained client favorites

TD Ameritrade clients were net buyers overall in the first half of 2017, increasing their equity positions during the year. The most popular buys of these investors so far this year were Nvidia (NVDA), followed by Amazon (AMZN). Verizon (VZ), AT&T (T), and Ford (F) rounded out the ranks of the top five stocks bought.

TD Ameritrade clients ended the first half of the year with equity exposure at all-time highs. Following a decrease in equity exposure in December of 2016, clients began adding to exposure in 2017 as markets pushed to new all-time highs. The IMX saw a slight pullback in April 2017 following lower relative volatility in widely held names compared to the overall market. The IMX then pushed higher on the back of broad market increases, and ended the June period at a score of 6.58.

The IMX value is calculated based on a complex proprietary formula. Each month, TD Ameritrade pulls a sample from its client base of 7 million funded accounts, which includes all accounts that completed a trade in the past month. The holdings and positions of this statistically significant sample are evaluated to calculate individual scores, and the median of those scores represents the monthly IMX.

For more information on the Investor Movement Index, including historical IMX data going back to December 2010; to view the full report from May 2017; or to sign up for future IMX news alerts, please visit www.tdameritrade.com/IMX. Additionally, TD Ameritrade clients can chart the IMX using the symbol $IMX in either the thinkorswimÂ® or TD Ameritrade Mobile Trader platforms.

Millions of investors and independent registered investment advisors (RIAs) have turned to TD Ameritradeâs (Nasdaq:AMTD) technology, people and education to help make investing and trading easier to understand and do. Online or over the phone. In a branch or with an independent RIA. First-timer or sophisticated trader. Our clients want to take control, and we help them decide how â bringing Wall Street to Main Street for more than 40 years. TD Ameritrade has time and again been recognized as a leader in investment services. Please visit TD Ameritradeâs newsroom or www.amtd.com for more information.