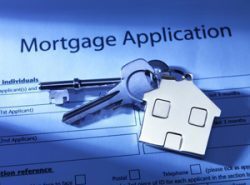 “The continued institutional denial of equal access to mortgage credit is the single-most detrimental factor obstructing wealth building among Black Americans. NAREB is issuing a clarion call to lawmakers, regulators, government agencies and lenders that a change must and will come. No longer will Black Americans be locked out,” said Ron Cooper, President of NAREB formed in 1947 to ensure equal and fair access by Blacks to own homes and opportunity for Black real estate professionals.

Mortgage originations on decline since crisis

Congressman Gregory Meeks (D-NY), in his Issues Forum remarks said that homeownership is the most important investment in the Black community and further stated that the data contained in NAREB’s report revealed that mortgage originations among Black borrowers continue to decline well after the financial crisis.

He added, “While I agree that we do not want to return to the excesses and abuses of the past, we must still find a way toward responsible lending for creditworthy borrowers, including those borrowers of modest means. Policies must be set in place to ensure affordability and increase access to mortgage credit, and there’s an essential role the government must and should play in that process.”

NAREB’s CBCF Issues Forum panelists echoed the mantra that Blacks are victims of a separate and unequal financial system that does not adequately evaluate or reflect a borrower’s real ability to pay. Current credit models are outdated and do not look discrimination in the face.

Panelists universally agreed that lenders continue to use these instruments that work to deny Black borrowers a mortgage loan when other credible models exist, but are not widely used by lending institutions.

Congresswomen Barbara Lee (D-CA) and Sheila Jackson Lee both remarked that the targeting of minority communities, loss of equity, loss of the pathway to wealth accumulation in the Black community is why homeownership needs to increase.

The 2016 edition of the SHIBA Report is available here.