What to Expect During Open-Enrollment Season 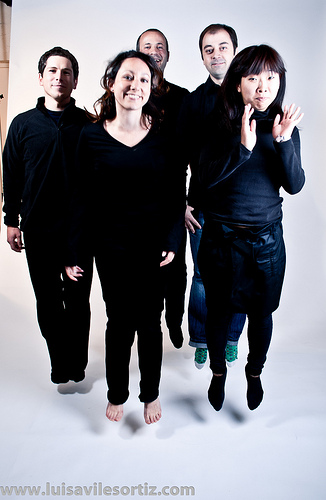 Reprinted with permission from the Emoplyee Benefits Research Institute (EBRI).

Annual open-enrollment season is a period of time when workers employed by companies offering employee benefits see first-hand how their benefits may change and get to choose their elections for the upcoming plan year. Open enrollment season usually occurs during the fall for the following calendar year.

This year, there seems to be increased anticipation of changes that will take place to health benefits in 2015 as a result of the second open-enrollment season for public exchanges as well as continued implementation of the Patient Protection and Affordable Care Act of 2010 (PPACA). Plan sponsors are also already making changes in anticipation of the 2018 excise tax on high-cost health plans, the so-called âCadillac-taxâ provision of PPACA. While only about onehalf of workers with a health plan have a choice of health plans, approximately 169 million individuals of all ages get coverage through the workplace and may see changes to their benefits in 2015.

This analysis examines data from the SHRM/EBRI 2014 Health Benefits Survey. The survey was conducted in February and March 2014 to better understand changes to health coverage in 2015. Plan sponsorsâespecially larger employersâusually have a sense of the changes they are going to make to their health benefits a year early, as it takes time to prepare such information to communicate during open-enrollment season. About 3,300 plan sponsors were interviewed this year, with 55.6 percent employing between 100 and 2,499 workers . They were distributed throughout the United States, represented different types of businesses and sector, and different business activities. Collectively, these plan sponsors employed 5.1 million workers in 2014 and spent $30 billion on health coverage in 2013. The survey focused on upcoming changes in eligibility, financial incentives, and plan design other than traditional use of premiums, deductibles, and co-payments for office visits and prescription drugs.

When asked about the type of health plan that is expected to trigger the Cadillac tax, sponsors answered that preferred provider organizations (PPOs) were much more likely than other types

Despite recent assertions that few workers will get health coverage through their job a decade from now,4 the SHRM/EBRI 2014 Health Benefits Survey found that only 1 percent of plan sponsors are planning to eliminate health benefits in 2015. However, while most workers will not see major changes to their benefits next year, they are likely to see a continuation of changes that employers have been making for a number of years.

A number of studies have found that cost sharing in the form of deductibles and co-payments has been increasing and is expected to continue increasing. Along the same lines, the introduction and expansion of CDHPs are expected to continue as well. Employers started using CDHPs over a decade ago and are at the point where they appear to be expanding their use.

In contrast to continuing expansion in the use of CDHPs, this analysis finds that few employers are planning to make changes to eligibility for spousal coverage and part-time worker benefits, and few are moving toward tiered networks, private health insurance exchanges, value-based insurance design, and reference pricing. Employers may be waiting for evidence from early adopters before making untested changes.

The exception appears to be that a relatively large number of employers continue to introduce wellness rewards and penalties. This may be the result of the combination of the PPACA-allowed higher financial incentives and the 2018 excise tax on high-cost health plans. Employers may also be focusing on wellness programs because of the link to worker risks and behaviors, which drive chronic conditions and account for a large percentage of overall spending on health care worldwide.5

Read the full report, with graphs, references and footnotes, here.