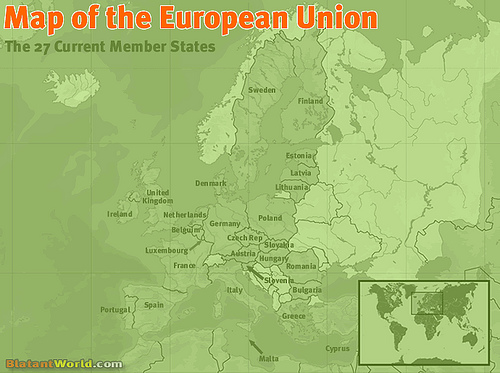 “The European debt crisis no longer ranks as the biggest concern to US equity portfolio managers,â says James Frischling, President and Co-Founder of NewOak Capital. “The top spot in the ‘areas of concern’ contest now belongs to the Fiscal Cliff.”

The downgrading of the issues facing the EU has been primarily the result of the ECB’s unlimited commitment to buy bonds of struggling member countries. This was the action the market had been calling for and it responded enthusiastically when the ECB delivered.

So while the risk of the EU imploding has been lowered, the member states have until mid-December to agree on a common budget for the next seven years and a fiscal union with far greater supervision over national budgets. These negotiations will not be easy and will once again test the resolve of the three leading powers: Germany, England, & France.

With today’s significantly calmer markets as a result of the ECB’s bond buying program, EU leaders should focus on economic growth and how to get people back to work. Negotiations over the EU’s future takes center stage, but without the same sense of urgency to get something done, things may not get done. Greece still needs to reach a deal with its creditors and Spain needs over $100 billion to re-capitalize its banks. The risks to the European Union remain large & it’s leaders should not confuse this moment of relative market calm as a sign of market confidence.

Securitization – Where Are We?

So while the risk of the EU imploding has been lowered, the member states have until mid-December to agree on a common budget for the next seven years and a fiscal union with far greater supervision over national budgets

“Securitization in Europe is about to get tougher, just as other financial regulatory requirements are getting tighter,” says Ron D’Vari, CEO & Co-Founder of NewOak Capital. The Basel Committee will be examining how securitization is regulated. The capital requirements as well as disclosures and transparency requirements will likely be more stringent based on the lessons learned from the 2008 financial crisis. This would also affect liquidity requirements.

For the time being, the review will make European securitization regulatory rules less certain. On the margin, the consumer and commercial credit availability will be affected negatively. The timing will be unfortunate as European Union badly needs to stimulate the economy and not constrain it further. Some of the weaker capitalized banks were counting on securitization as a possible way to deliver their balance sheet. While securitization has been a fraction of pre-crisis, there has been a mini revival in certain sectors such as leverage bank loans and, to some extent, normalization in consumer sectors such as credit card and auto loans.

The general view is that the markets will adapt to the new rules across both continent and securitization will grow steadily, but not to the pre-crisis levels. Transactions in certain non-traditional assets will move into the alternative and private debt, mezzanine, and equity space. Further, there will be bigger opportunities in non-bank finance where there will be fewer regulatory rules and a bigger sandbox.