Despite Uncertainties Surrounding the Political Environment This Year,Â Capital Commitments to European PE Funds Are on Pace for a Record Year 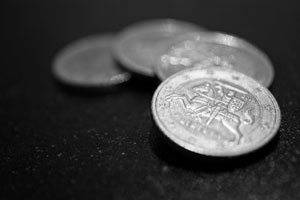 Deal value totaled â¬94.7 billion across 644 deals during 3Q, with deal value up 10% compared to the first three quarters of 2016. With 2,031 deals completed during the first nine months of the year, overall count is down 21% compared to the same period in 2016. The UK is the only European country on pace to surpass last year’s deal volume, with â¬89.1 billion invested across 680 deals through 3Q.

Despite uncertainty concerning Brexit and its potential economic consequence, it has not significantly impacted the European PE landscape or deterred investments from non-European fund managers. The fundraising cycle saw a 40% increase in PE commitments through 3Q 2017, when compared to the same timeframe last year. If the current pace holds, 2017 will mark a new PitchBook record for PE capital commitments in one year.

“European PE activity continues to mirror much of what we see in the United States, with deal and exit counts continuing to decrease year-over-year,” said Nico Cordeiro, analyst at PitchBook. “While exits have been trending downward, cash flows from PE firms back to Limited Partners (LPs) continue to outpace capital calls by General Partners (GPs). This has contributed to a long-tailed fundraising frenzy which may lead to a new high-point in European focused commitments if the pace continues.”

Bolt-ons Less of a Focus than in the U.S.
The proportion of buyouts that are bolt-ons remains relatively flat at 51% through Q3 2017, well below the U.S. market’s 64%. The proportion has been relatively unchanged since 2011 and is unlikely to climb higher. While the European Union made cross-border economic activity much more fluid, there remains a wide range of disparate laws, regulations and customs between European countries that serve to deter the type of mass growth by acquisitions that is so common in the U.S.

With Exits Decreasing, PE Firms Look to SBOs
PE firms exited â¬49.9 billion across 203 transactions during 3Q, bringing the yearly total to â¬132.3 billion across 733 deals. This continues a downtrend in activity seen since 2015’s record setting year. The primary driver of this trend is a steep pull-back in corporate acquisitions, which are on pace to decrease 28% year-over-year. Despite less activity, median exit size via corporate acquirers rose to â¬120 million, the second highest median recorded in our dataset.

While PE exits of every type continue to decline, secondary buyouts (SBOs) are accounting for a greater proportion of activity, with 50% of all exits so far in 2017. As corporate appetite wanes, we expect SBOs to increase as a proportion of exits, as PE firms have both an ever-growing war chest of capital to deploy and a need to liquidate current holdings.

Large Deal Sizes Drive Increased Funding
The median deal size increased by 11% to â¬25.7 million for completed deals through the first three quarters, still well below the record high of â¬41.8 million prior to the last financial crisis. Furthermore, we have seen a shift in activity in 2017 towards the upper middle market (i.e. deals of â¬500 million to â¬1 billion), which could help explain the rise in median deal sizes.

During the first nine months of the year, investors committed â¬59.5 billion across 77 funds, while the third quarter of 2017 saw â¬17.9 billion in commitments to 22 funds. The largest fund raised this year remains CVC Capital Partner’s European Equity Partners VII at â¬16 billion, which dwarfs the second largest fund of â¬6 billion raised by Partners Group.

Additional findings in this report include:

About PitchBook
PitchBook is a financial data and software company that provides transparency into the capital markets to help professionals discover and execute opportunities with confidence and efficiency. PitchBook collects and analyzes detailed data on the entire venture capital, private equity and M&A landscapeâincluding public and private companies, investors, funds, investments, exits and people. The company’s data and analysis are available through the PitchBook Platform, industry news and in-depth reports. Founded in 2007, PitchBook has offices in Seattle, New York and London and serves more than 12,000 professionals around the world. In 2016, Morningstar acquired PitchBook, which now operates as an independent subsidiary.