A fund is a fund 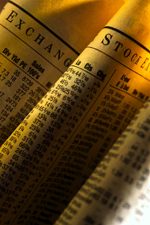 Mr. Selengut is a private investor and a contributing editor to LIFE&Health Advisor. He is the author of the book âThe Brainwashing of the American Investor: The book that Wall Street does not want you to read.â He can be reached at sanserve@aol.com

Market Watch columnist Chuck Jaffe has done it… thrown egg in the face of the most popular Wall Street product of the century.”… a number of studies”, he asserts, “seem to indicate that the ‘better’ investment vehicle isn’t delivering better results.”

What kind of blasphemy is this!

It isn’t; it is simply the truth. Although ETFs cost less than conventional Mutual Funds, they are subject to precisely the same flaws… actually, they exacerbate the major mutual fund problems. With ETF non-management, “da mob” of unsophisticated speculators will always push security prices higher and higher until whatever bubble they have created simply bursts.

Whether you are racing, cruising, stopping or crashing, safe driving comes down to a mix of equipment and personnel.

The same can be said for mutual funds and exchange-traded funds, and while there is growing consensus that ETFs are the better vehicle, thereâs growing evidence that the people using them may not be so skilled behind the wheel.

Thatâs a real issue because a number of studies seem to indicate that the âbetterâ investment vehicle isnât delivering better results.

The “exacerbation” stems from the mad (MPT) science of ETFs themselves, which focuses all decision making on market price performance issues instead of economic and company fundamentals…

With conventional Mutual Funds, “da mob” of unsophisticated speculators will always make “managers” push security prices higher and higher. The managers, ya follow, must keep their portfolios “fully invested” when deposits exceed withdrawals, and must sell, even at major losses, when the panic-stricken throng wants their money back.

For starters, some of the folks who are giving up on traditional funds in favor of ETFs clearly donât seem to understand the basics, like the reader who recently told me he had âstopped wasting time on funds because ETFs are so much better.â

The âFâ in ETF stands for âfunds,â and itâs only because ETMF is longer that they are not widely recognized as âexchange-traded mutual funds.â In some casesâwith Vanguardâs ETFs, for exampleâETFs are simply a different share class of the same underlying pool of assets and management style.

As far as I know, only Market Cycle Investment Management takes “da mob” totally out of portfolio decision making, allowing the manager to take profits when prices are much too high and to buy securities when prices are free-falling.

For the complete Chuck Jaffe article: “The Growing Case Against ETFs”

For another analysis, circa 2011: ishares and ETFs: Speculation to the Third Power