Economies Thaw from a Cold Winter and Valuations Heat Up 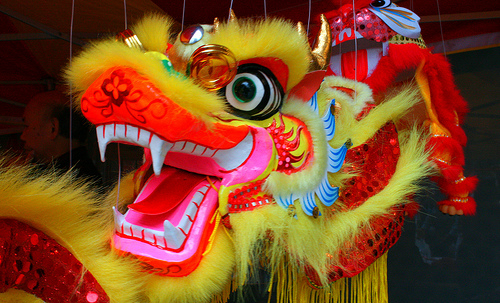 In the report, the team notes that a variety of market crosscurrents have led to a lackluster start to 2014 and equity markets are still waiting for the fundamentals to validate their 2013 gains. These crosscurrents included the chilling winter impact on U.S. economic data, concerns around Chinaâs debt and Japanâs consumption tax hike as well as tensions in Crimea and the stand-off in the East China Sea. But, as the U.S. economy finally heats up, Russellâs strategists maintain a modest preference for equities over fixed income globally. They predict monthly gains in U.S. non-farm jobs to average 215,000 over the next nine months and the U.S. Federal Reserveâs (the FED) interest rate hikes to be held off until mid-2015.

âMarkets always find new ways to challenge us, and currently this challenge comes from the combination of late-cycle valuations for asset classes like credit and U.S. equities, and mid-cycle dynamics in developed economies,â said Russellâs Global Head of Investment Strategy, Andrew Pease. âWe believe that the economic cycle will win out, and investors should maintain equity market exposure. However, the temperature is rising. It could be a warm northern hemisphere summer, not just for vacationers, but for investors as well.â

To update their market forecasts amid a changing market environment, Russellâs strategists use a three-pronged âvalue, cycle, sentimentâ investment strategy process, which combines qualitative views and quantitative inputs. The valuations, business cycle and sentiment assessments for each region are then weighed into final exposure recommendations for clientâs multi-asset portfolios.

Based on this process, Russellâs current global market perspectives are as follows:

Markets always find new ways to challenge us, and currently this challenge comes from the combination of late-cycle valuations for asset classes like credit and U.S. equities, and mid-cycle dynamics in developed economies

Based on market shifts since the 2014 Annual Global Outlook was published in December, the strategists have expressed updated forecasts and exposure recommendations across regions and asset classes, which help guide the firmâs multi-asset portfolio and services.

About Russell Investments
Russell Investments (Russell) is a global asset manager and one of only a few firms that offers actively managed multi-asset portfolios and services that include advice, investments and implementation. Russell stands with institutional investors, financial advisors and individuals working with their advisorsâusing the firmâs core capabilities that extend across capital market insights, manager research, portfolio construction, portfolio implementation and indexes to help each achieve their desired investment outcomes.

Russell has more than $259 billion in assets under management (as of 3/31/2014) and works with over 2,500 institutional clients, independent distribution partners and individual investors globally. As a consultant to some of the largest pools of capital in the world, Russell has $2.4 trillion in assets under advisement (as of 6/30/2013). It has four decades of experience researching and selecting investment managers and meets annually with more than 2,200 managers around the world. Russell traded more than $1.4 trillion in 2012 through its implementation services business. Russell also calculates approximately 700,000 benchmarks daily covering 98% of the investable market globally, including more than 80 countries and more than 10,000 securities. Approximately $5.2 trillion in assets are benchmarked to the Russell Indexes, which have provided investors with 30 years of smarter beta.