How Millennials and Gen Z look at COVID-19 as an opportunity to reset, take action

A new survey from Deloitte takes the temperature of younger generations and discovers a resolve and a vision to build a better future.Â 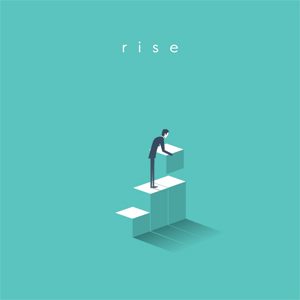 NEW YORK, June 25, 2020 /PRNewswire/ — In the face of unprecedented health and economic disruption caused by the COVID-19 pandemic, millennials and Gen Zs express resolve and a vision to build a better future, a new Deloitte survey finds.

The 2020 Deloitte Global Millennial Survey, now in its ninth year, reveals that both generations remain resilient in the face of adversity and are determined to drive positive change in their communities and around the world.

This year’s survey consists of two parts: a “primary” survey of 18,426 millennials and Gen Zs across 43 countries conducted between November 2019 and early January 2020, and a “pulse” survey of 9,102 individuals over 13 countries taken between April and May of 2020 in the midst of the worldwide pandemic. Many questions from the first study were repeated to gauge the effect of the pandemic on opinions.

Get Knocked Down, Get Back Up And Change The World

“The COVID-19 pandemic has radically shifted our way of lifeâhow we work, socialize, shop, and moreâand young generations were especially impacted,” says Michele Parmelee, Deloitte Global Chief People and Purpose Officer. “However, despite uncertain and discouraging conditions, millennials and Gen Zs express impressive resiliency and a resolve to improve the world. As we rebuild our economies and society, young people will be critical in shaping the world that emerges.”

The report highlights how the consequences of the pandemic have drastically affected the careers of young workers. At the time of polling, almost 30% of Gen Zs and nearly a quarter of younger millennials (25-30 years old) said they had either lost their jobs or been placed on temporary, unpaid leave. Only a third of millennials and 38% of Gen Zs taking the pulse survey said their employment and income status had been unaffected.

The picture that emerges from this year’s survey is complicated but hopeful:

Prior to the pandemic, 52% of Gen Zs and 50% of millennials in the 13 countries that were surveyed twice said they were stressed all or most of the time. Respondents cited family welfare, long-term finances, and job prospects as primary sources of stress. Interestingly, stress levels fell eight points for both generations in the second survey, possibly indicating that the slowdown of life in lockdown may have reduced stress levels. This is backed by a recent Deloitte UK study of over 2,000 UK workers, which found that 48% of employed and self-employed Londoners say the lockdown has had a positive or very positive impact on their wellbeing.

Despite the slight declines seen in the pulse survey, stress and mental wellness remain critical issues for young generations and these issues are manifested in work settings. Approximately one-third of millennials and Gen Zs took time off work due to stress before the pandemic, though around half told their employers it was for a different reason. Encouragingly, flexible working arrangementsâwhich were widely implemented as a result of the pandemicâmay present one solution. Sixty-nine percent of millennials and 64% of Gen Zs agreed having the option to work from home in the future would relieve stress.

Financial concerns are a particularly acute stressor for millennials, many of whom began their careers in the wake of the Great Recession and now face another downturn. In the primary survey, more millennials (50%) believed their financial situations will worsen or stagnate in the next year than improve (42%). When analyzing results from only the 13 countries included in the pulse survey, 61% of millennial respondents conveyed the same lack of optimism during the pandemic, a seven percentage-point jump from the primary survey. Still, there is some short-term optimism as more than half of millennials in the pulse survey, and nearly half of Gen Zs, say they have savings of roughly three months of income, which may help them as the financial ramifications of the pandemic come to bear.

Determination To Improve The WorldâAnd Expecting Others To Follow Suit

Younger generations take the issue of social purpose as a personal calling. In the pulse survey, respondents indicated they were taking “socially conscious” actions to benefit the planet and society. The COVID-19 crisis may have reinforced these inclinations, as nearly three-fourths said the pandemic has made them more sympathetic to the needs of others, and that they will take action to positively impact their communities.

Despite uncertain and discouraging conditions, millennials and Gen Zs express impressive resiliency and a resolve to improve the world. As we rebuild our economies and society, young people will be critical in shaping the world that emerges...

Millennials and Gen Zs’ focus on doing good is reflected in their purchasing habits as well. About 60% said they plan to buy more products and services from large businesses that have taken care of their workforces and positively impacted society during the pandemic. Around three-quarters will make an extra effort to buy products and services from smaller, local businesses.

Once again, climate change emerged as a critical issue for millennials and Gen Zs both before and during the COVID-19 crisis. Prior to the pandemic, half of respondents said they believe it too late to repair the damage caused by climate change and only 40% expressed optimism that future efforts to protect the environment will succeed. However, four months later in the 13 pulse survey countries, the percentage of millennials believing we’ve reached the point of no return dropped by eight points, perhaps suggesting that the environmental impact of reduced activity during the pandemic has given hope that there’s still time to act.

A vast majority (80%) also think governments and businesses need to make greater efforts to protect the environment, yet they are concerned that the economic impact of the pandemic might make this less of a priority.

Howeverâwhether employers are finally starting to better meet workers’ needs, or millennials were feeling the need to find stability even before the pandemicâfor the first time since asking the question four years ago, more millennials in the primary survey said they want to stay with their employers for five or more years than leave within two years. Those who would leave in two years or less dropped from 49% to 31%, while those who’d prefer to stay long-term jumped from 28% to 35%. Gen Zs remain more interested in moving, but only half said they’d like to change jobs within two years, down from 61% last year.

Respondents were also largely receptive to how employers were navigating the COVID-19 crisisâtwo-thirds said they were pleased with the speed and manner by which employers acted. Around 60% believe these actions have made them want to stay with their employers for the long term.

“These results suggest companies must do more to demonstrate how they are positively impacting employees and society. Job loyalty rises as businesses address employee needs, from diversity and inclusion to sustainability to reskilling,” adds Parmelee. “For businesses, the message is clearâyoung people believe in companies with a purpose-driven strategy. These are the companies that will lead in the post-pandemic future.”

The 2020 report is based on two sets of surveys. The first began prior to the COVID-19 outbreak using an online, self-complete-style interview; fieldwork was completed between 21 November 2019 and 8 January 2020. A second survey was conducted in similar fashion between 28 April 2020 and 17 May 2020, in the midst of the worldwide pandemic.

The initial survey solicited the views of 13,715 millennials across 43 countries and 4,711 Generation Z respondents from 20 countries. The subsequent survey questioned 5,501 millennials and 3,601 Gen Zs in 13 large markets that were affected by the pandemic to different degrees. No respondents in the former survey were queried in the latter.

The report represents a broad range of respondents, from those with executive positions in large organizations to others who are participating in the gig economy, doing unpaid work or are unemployed. Additionally, the Gen Z group includes students who have completed or are pursuing degrees, those who have completed or plan to complete vocational studies, and others who are in secondary school and may or may not pursue higher education.

Deloitte refers to one or more of Deloitte Touche Tohmatsu Limited (“DTTL”), its global network of member firms, and their related entities (collectively, the “Deloitte organization”). DTTL (also referred to as “Deloitte Global”) and each of its member firms and related entities are legally separate and independent entities, which cannot obligate or bind each other in respect of third parties. DTTL and each DTTL member firm and related entity is liable only for its own acts and omissions, and not those of each other. DTTL does not provide services to clients. Please see www.deloitte.com/about to learn more.

Deloitte is a leading global provider of audit and assurance, consulting, financial advisory, risk advisory, tax and related services. Our global network of member firms and related entities in more than 150 countries and territories (collectively, the “Deloitte organization”) serves four out of five Fortune Global 500Â® companies. Learn how Deloitte’s approximately 312,000 people make an impact that matters at www.deloitte.com.