Where Is The End Of Our Economic Expansion?

Why a flattening yield curve is good 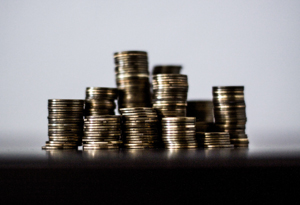 May 17, 2018 — In recent months, pundits have cautioned about a flattening yield curve, suggesting it may signal the end of the economic expansion, the end of the bull market, possibly even the end of the world as we know it. There’s plenty to worry about, but in the spirit that knowledge is the enemy of ignorance, let’s clear up some myths.

First, what is yield curve steepness? It reflects the relationship between the short end and long end of the yield curve. Got it? Okay, letâs dissect this jargon:

The âshort endâ of the yield curve refers to shorter-term interest rates. This could be the current Federal Funds Target that the Federal Reserve Open Market Committee (FOMC) controls and is colloquially referred to as the current interest rate; more broadly, it is referring to yields on Treasury securities of a few years. In the context of our discussion, many refer to 2 years or 3 years (although some go out as far as 5 years).

For some context, before the financial crisis, it was generally believed the Fed controls the short-end of the yield curve, whereas the long-end of the yield curve is more of a reflection of the longer run potential of the economy and longer run inflation expectations. Since the financial crisis, thereâs a plethora of opinions to what extent the Fedâs quantitative easing (QE) has influenced longer-term rates.

In a classic banking model, banks borrow money short-term to make long-term loans. As such, when the yield curve is steep, the more money banks lend, the more money they make (assuming their borrowers donât default); as the yield curve flattens and potentially inverts, margins could get squeezed and potentially become negative. Itâs a tad more complicated than that because private borrowers pay a higher rate than that available to the government. An inverted yield curve may suggest that the Federal Reserve wants to slow the economy down.

With this context, please look at the chart above which also shows the unemployment rate and recessions. The yield curve has been flattening since 2010; if you listen to financial media, you might think it’s a new development. The fact that the yield curve is flattening or at a relatively flat level does not really mean anything by itself, for example the yield curve was relatively flat in the second half of the 1990s and economic growth remained strong for years. The advertising-based media model means that media outlets want your attention all the time, and therefore they tend to generate fear inducing headlines like “US Treasury yield curve hasn’t been this flat since 2007” just to get you to click.

Will it end in a recession? Of course. The probability of a recession is 100%, as J.P. Morgan CEO Jamie Dimon quips; the question is not whether a recession will happen, but when

Tying it back to markets, the S&P 500 topped in October 2007, well after inversion and while yield curve steepening was already underway.

Taking a longer-term perspective: for the nine recessions since 1954, all were preceded by a 3s10s inversion, the average length of time before the subsequent recession was 15 months, with 10 months being the shortest amount of time, and 20 months the longest. There were four false signals: in 1965, in 1967, in 1971 and in 1998. So historically a 3s10s inversion was a necessary but not sufficient signal for a recession, and there was at least a 10-month lag before the subsequent recession started.

Next recession may start without ‘inverting’

Even given the historical evidence, it is certainly possible that the next recession will start without the yield curve inverting ahead of time. However, if history is any guide, the balance of probabilities seems it suggest that inversion will happen again prior to the next recession. But that doesnât mean a flattening yield curve is an imminent warning sign. Instead, in todayâs context, we believe a better characterization may be that the flattening yield curve is a reflection that the Fed believes the brakes ought to be applied (even if they want to do so âgraduallyâ) to a strong economy.

Will it end in a recession? Of course. The probability of a recession is 100%, as J.P. Morgan CEO Jamie Dimon quips; the question is not whether a recession will happen, but when.

For context, the US 10 year yield is, as of this writing, just under 3%; it hit a low of 1.36% in 2016. The Fed funds rate right now is set to be between 1.50% and 1.75%, so if the economic outlook deteriorated, the U.S. 10-year yield should fall below this level to invert the yield curve. More likely, in our assessment, is that the Fed continues to raise rates, pushing shorter-term rates higher, thus gradually flattening the yield curve further.

The exceptions to witnessing a yield curve steepening prior to recession were in the late 1970s and early 1980s, a time when monetary policy was very volatile in large part due to the fact that inflation rates were running high. We will be publishing a research report on inflation in the coming days, as well as hold a webinar (register here) on inflation topic on May 24. Notably, we will look at how demographics may have been a substantial contributing factor to inflationary pressures in the 1970s.

To expand on the discussion, please register to join our Webinar on Thursday, May 24 at 4:15pm ET. Please also register for our newsletter to be informed when our next chart book gets published.