Empower Institute Explores View of a Retirement System in âCrisisâ 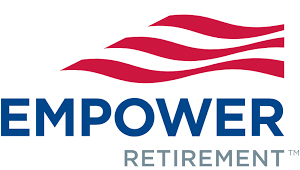 October 31, 2019 — GREENWOOD VILLAGE, Colo.–(BUSINESS WIRE)–American workers have greater access to workplace retirement plans than previous generations, they are saving more and are expected to have more money in retirement — all factors that run counter to the perception of a crisis in retirement savings, says a new report by the Empower Institute.

The Empower Institute, which is a research group within Empower Retirement, also lays out areas of focus for improving the retirement system.Â The report, âThe Over-Stated Retirement Crisis,â which is based upon publicly available literature, challenges the view that the 40-year-old defined contribution system is overly deficient in providing adequate retirement security for American workers.

âWorkplace retirement plans have evolved and improved over the years, which makes saving for retirement easier and more accessible for more American workers,â says the paperâs analysis of the available research, noting that when workplace savings plans are considered in the context of the greater retirement system, Americans today are saving proportionately more than in the past.

In 1975 total retirement savings were equal to 48 percent of total employee wages, according to Federal Reserve Board data. In 2017, with the defined contribution system fully established, retirement assets topped 337% of employee wages.1

The Instituteâs analysis of the research says itâs important to closely examine the entirety of the evolving and improving of the workplace retirement savings system, workersâ total assets, and savings rates as a whole, rather than as a single silo of data capturing any one factor.

The Instituteâs analysis of the research says that improvements to the retirement system are offering better levels of protection for retirement savers now than in the past. Portability and ownership, regulatory oversight, and the provision of advice are seen as key areas of focus.

The Institute study indicates that while the reputational issues with the retirement system may be over-played, work remains to be done to improve the prospects for more Americans.

â[E]ach generation of savers is better off than the one that preceded it. While the current system is not broken, we can continue to work to improve it,â write the authors. Recommended paths forward include:

A retirement savings crisis in America? Not so fast...

Read the paper at Empower Institute.

1Andrew Biggs, American Enterprise Institute, Statement before House Committee on the Budget on âKeeping Our Promise to Americaâs Seniors: Retirement Security in the 21st Century,â â13 Things You (Probably) Didnât Know About Retirement Savings,â May 2019. Calculated from data from National Income and Product Accounts.