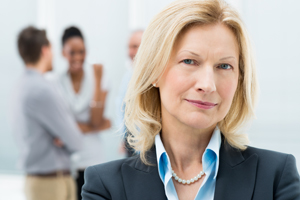 Those most likely to sell their shares are employees under 40 years old or those who get a significant discount on company stock purchased through their ESPP.

The findings are based on a Fidelity analysis1 of more than 365,000 workers over a three-year period to learn how employees handled company stock purchased through their ESPP. ESPPs give rank-and-file employees the opportunity to apply part of their paycheck toward the purchase of company stock, often offered at a discounted price.

âCompany stock plans are increasingly viewed as a top2 employee benefit and can play an important role in an employeeâs overall financial health,â said Mark Haggerty, Head of Stock Plan Services at Fidelity Investments. âEmployees often use these plans as a savings vehicle alongside their 401(k), but money from an ESPP can be used to address short-term expenses and financial needs and help workers avoid the need to tap their 401(k).â

The analysis examined whether employees held the stock for the three-year period, sold their shares at some point, or sold part of their company stock and kept the rest. Fidelity compared the findings to similar research3 from 2014 and discovered the following:

Workers often use proceeds from the sale of company stock to pay debt and invest in real estate.

Fidelity recently4 conducted a survey to determine how workers use the proceeds from the sale of company stock purchased through their ESPP. Rather than spending the proceeds on luxury items or expensive vacations, the survey found that many workers used the money from their ESPP for more practical purposes, such as paying down debt (34 percent), home improvement and real estate (17 percent) and establishing an emergency fund (11 percent). In addition, almost a fifth (19 percent) of workers surveyed re-invested the proceeds from an ESPP sale in either a mutual fund or their retirement savings account.

âCompany stock can be a great tool to help employees address a variety of financial needs,â added Haggerty. âWhen you consider the role company stock can play in a financial wellness program and combine that with the positive market performance over the last few years, itâs not surprising to see an increasing percentage of workers realizing the benefit of company stock as part of their overall financial plans.â

About Fidelity Investments
Fidelityâs mission is to inspire better futures and deliver better outcomes for the customers and businesses we serve. With assets under administration of $5.8 trillion, including managed assets of $2.2 trillion as of January 31, 2017, we focus on meeting the unique needs of a diverse set of customers: helping more than 26 million people invest their own life savings, 23,000 businesses manage employee benefit programs, as well as providing more than 12,500 financial advisory firms with investment and technology solutions to invest their own clientsâ money. Privately held for 70 years, Fidelity employs 45,000 associates who are focused on the long-term success of our customers. For more information about Fidelity Investments, visit here.