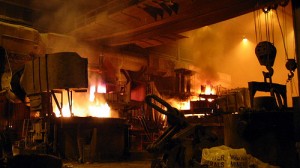 After becoming one of the first continental European casualty insurers in the United States more than 100 years ago, Zurich has continued to look ahead to identify emerging areas of growth in order to support the American economy and worker.

The graphic, which was created by revisiting 10 prior decades of industrial change, suggests that manufacturing, energy and agriculture industries will once again become hot categories. In addition, changes in technology will transform services and the ways in which people keep themselves healthy.

About Zurich
Zurich Insurance Group (Zurich) is a leading multi-line insurance provider with a global network of subsidiaries and offices in Europe, North America, Latin America, Asia-Pacific and the Middle East as well as other markets. It offers a wide range of general insurance and life insurance products and services for individuals, small businesses, mid-sized and large companies as well as multinational corporations. Zurich employs about 60,000 people serving customers in more than 170 countries. The Group, formerly known as Zurich Financial Services Group, is headquartered in Zurich, Switzerland, where it was founded in 1872. The holding company, Zurich Insurance Group Ltd (ZURN), is listed on the SIX Swiss Exchange and has a level I American Depositary Receipt program which is traded over-the-counter on OTCQX. Further information about Zurich is available atÂ www.zurich.com.

manufacturing, energy and agriculture industries will once again become hot categories. In addition, changes in technology will transform services and the ways in which people keep themselves healthy