Report:Â  One-Third of Emerging HNW and More Affluent Investors Do Not Have Advisors;
What are their unique needs? 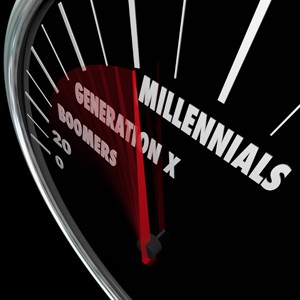 LOUISVILLE, Ky., Nov. 6, 2017 â A new Special Report from the third annual Advisor Authority Study, commissioned by Jefferson National, operating as Nationwide’s advisory solutions business, zeros in on the Emerging High Net Worth, a segment of affluent investors that is thriving and accumulating more wealth.

These latest findings profile the current needs of the Emerging HNWâand how their needs change as they ascend to the ranks of High Net Worth and Ultra High Net Worth. RIAs and fee-based advisors can tap into this market, to move the needle for their practice and build a foundation for future growth.

Conducted online in Spring 2017 by Harris Poll, the study surveyed roughly 1,600 RIAs, fee-based advisors and individual investors across the country.

“Today’s Emerging HNW are poised for greater growth and on the path to becoming the future millionaires next door. Targeting this fast growing segment is essential for advisors to enhance profitability now and position their firms for the future,” said Craig Hawley, a leader of Nationwide’s advisory solutions business. “As we have seen year-over-year, RIAs and fee-based advisors in our study rate the pursuit of profitability as their single most important practice management issueâand the push for new clients like the Emerging HNW remains the top driver.”

The opportunity is substantial. With investable assets ranging from $500,000 to $1 million, the Emerging HNW represent roughly 12 million householdsâclose to 10% of all households in the United States and growing.1 Yet, more than one-third of the most affluent investors, including Emerging HNW (36%), HNW (37%) and Ultra HNW (37%), do not currently work with an advisor according to this latest Advisor Authority Special Report. “Moving the Needle: Targeting the Emerging High Net Worth” drills down into the top preferences and concerns of the Emerging HNW, as well as these other affluent investors, to help advisors meet their unique needs and compete effectively for these valuable client segments.

The Emerging HNW say the top three factors that influenced them to work with their advisor include advisor experience (54%), fee-based fiduciary standard (31%), and personalized advice for a holistic financial picture (22%). When targeting the Emerging HNW and other affluent investors, less experienced advisors should consider partnering with more experienced advisors within their firm and building multi-generational teams. Consistent with a fiduciary standard, all advisors should make greater transparency and greater choice a top priority. To provide more personalized and holistic planning, consider partnerships with specialists such as CPAs, Trust Attorneys and Estate Planners.

To help the Emerging HNW and other affluent investors feel more confident in their financial future, it is critical to address their top concerns. Advisors say that saving enough for retirement (39%) is their clients’ top concern over the next 12 months, but more affluent investors say their focus is distinctly different. When asked to name their top three financial concerns over the next 12 months, protecting assets was cited as number one by Emerging HNW (43%), HNW (41%) and Ultra HNW (40%). Cost of healthcare (30%, 40%, 22%, respectively) and taxes (24%, 32%, 29%, respectively) are also among their top threeâand far outpace concerns over the next 12 months about saving enough for retirement (17%, 15%, 15%, respectively).

With investable assets ranging from $500,000 to $1 million, the Emerging HNW represent roughly 12 million householdsâclose to 10% of all households in the United States and growing

Many advisors say U.S. Fed Policy (32%) is the number-one trend impacting their approach to investing in 2017. But as lawmakers continue to dominate the headlines, the Emerging HNW say that Washington politics (34%) is the number-one trend that will impact their investing approach in 2017. Concerns about domestic economic performance (30%) is second, and U.S. Fed Policy (29%) third. While HNW and Ultra HNW also say Washington politics is the top trend impacting their investing approach in 2017 (36%, 30% respectively), both say that changes to the tax code rise to the number two spot (34%, 29% respectively). When advising more affluent clients, take note of these concerns and address their potential impact on portfolios.

To learn more, financial professionals can download this latest Advisor Authority 2017 Special Report on “Moving the Needle: Targeting the Emerging High Net Worth” by visiting here

For more insights on the Emerging HNW segment and other affluent investors, financial professionals can also download the latest Advisor Authority infographic here.

1 Jesse Bricker, Lisa J. Dettling, Alice Henriques, et al., “Changes in U.S. Family Finances from 2013 to 2016: Evidence from the Survey of Consumer Finances,” Board of Governors of the Federal Reserve System, Vol 103, No 3, September 2017, https://www.federalreserve.gov/publications/files/scf17.pdf

About Advisor Authority:
The third annual Advisor Authority study explores the investing and advising issues confronting RIAs, fee-based advisors, broker/dealers and investorsâand the innovative techniques needed for success in today’s complex market. It features a special focus on the most successful advisors and the most affluent investors. These latest findings are to be followed by an ongoing series of special reports that will be released through year-end.

Methodology
The third annual Advisory Authority study was conducted online within the United States by Harris Poll on behalf of Jefferson National, operating as Nationwide’s advisory solutions business, from March 13 â April 7, 2017, among 779 employed financial advisors, ages 18+ and 817 investors, ages 18+ who are primary or shared financial decision makers with investable assets greater than $100K. Among the 779 financial advisors, there were 521 Registered Investment Advisors and 258 Broker/Dealers. Among the 817 investors, there were 208 Mass Affluent, 204 Emerging High Net Worth, 204 High Net Worth and 201 Ultra High Net Worth. And, among the investors, 524 have an advisor, while 293 do not. Investors are weighted where necessary by age, gender, race/ethnicity, region, education, income, marital status, household size, investable assets and propensity to be online in order to bring them in line with their actual proportions in the population.
Respondents for this survey were selected from among those who have agreed to participate in Harris Poll surveys. Because the sample is based on those who were invited to participate in the Harris Poll online research panel, no estimates of theoretical sampling error can be calculated. A complete survey method is available upon request.

About Harris Poll
Over the last five decades, Harris Polls have become media staples. With comprehensive experience and precise technique in public opinion polling, along with a proven track record of uncovering consumers’ motivations and behaviors, Harris Poll has gained strong brand recognition around the world. Contact us for more information.

About Jefferson National
Jefferson National, operating as Nationwide’s advisory solutions business, is a recognized innovator of a leading tax-advantaged investing solution for RIAs, fee-based advisors and the clients they serve. Trusted partner to a network of more than 4,500 advisors, Jefferson National provides greater efficiency, transparency and choice through an adaptable technology platform, award-winning distribution strategy and cost-effective servicing capabilities. Named the industry “Gold Standard” as of 2012 and winner of more than 50 industry awards, including the DMA 2010 Financial Services Company of the Year. The company serves advisors and clients nationwide, through its subsidiaries Jefferson National Life Insurance Company and Jefferson National Life Insurance Company of New York. To reach our advisor support desk, please call 1-866-WHY-FLAT (1-866-949-3528). To learn more, please visit www.jeffnat.com.

About Nationwide
Nationwide, a Fortune 100 company based in Columbus, Ohio, is one of the largest and strongest diversified insurance and financial services organizations in the U.S. and is rated A+ by both A.M. Best and Standard & Poor’s. The company provides a full range of insurance and financial services, including auto, commercial, homeowners, farm and life insurance; public and private sector retirement plans, annuities and mutual funds; banking and mortgages; excess & surplus, specialty and surety; pet, motorcycle and boat insurance. For more information, visit www.nationwide.com.