One in four elderly Americans have fallen victim to fraud;
Financial literacy lacking in wake of high-profile data breaches 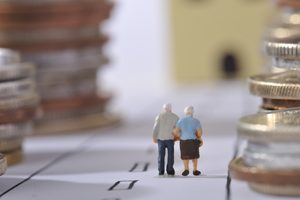 MARLBOROUGH, Mass., Oct. 16, 2017 /PRNewswire/ — As millions of Americans retire over the next decade, financial crimes and abuse against the elderly are occurring at an alarming rate, according to the results of a survey released today by the Cooperative Credit Union Association (CCUA), a trade group representing not-for-profit credit unions.

And even as all Americans encounter scams with increasing regularity, few financial consumers are taking steps to improve their financial literacy in the digital age.

Sixty-seven percent of those identifying themselves as a caretaker reported an elder being targeted with fraud; more than a quarter of elders, at 28%, had also fallen victim to at least one financial scam.

The survey was conducted between September 12 and September 18, 2017, delivering its findings after a wave of high-profile breaches of personal information, just days after credit reporting giant Equifax announced a massive breach of its systems.

Get Tough On Criminals

“These findings starkly illustrate the need to get tough on criminals who target seniors in the belief that they are easy victims,” said Paul Gentile, President and CEO of CCUA. “Protecting the elderly is a top priority of credit unions, and we’re proud to work with state regulators on new initiatives, such as training manuals and measures to combat underreporting.”

Last year, 33 states, the District of Columbia and Puerto Rico addressed financial exploitation of elderly and vulnerable adults in their legislative sessions, according to the National Council of State Legislatures.

Close to half of caregivers, at 44%, said their elders had no response plan in place in case of a fraud or identity theft incident. In fact, a quarter of respondents said that they had not even discussed financial abuse with their elder relative or friend. More than one third (39%) said they would characterize the elder they assist as “not at all” or only “somewhat” financially literate.

“While regulators are working hard to address the scourge of financial fraud, education is key, particularly with hundreds of millions of Americans’ personal information readily available to criminals,” Gentile added. “All financial consumers need to take steps to protect themselves financially and digitally, including by being aware of the latest trends in frauds and scams.”

All financial consumers need to take steps to protect themselves financially and digitally, including by being aware of the latest trends in frauds and scams

The troubling findings extend to financial consumers more generally. Nearly a third of all Americans are worried about encountering financial fraud within the next five years. But despite widespread news coverage of cybercrime, only 17% of respondents said they had taken a financial literacy course themselves in the past five years, and only four percent said the elder in their care had taken such a course.

“Members of credit unions can utilize our counseling services to learn how to protect against the targeting of the elderly, as well as to learn about common threats such as false charities, credit company impostors or supposed IRS collectors,” said Gentile. “Unlike big banks who ‘write off’ a certain level of fraud as the cost of doing business, member-owned credit unions know that every dollar counts, especially for members on fixed incomes, and none should be ceded to criminals.”

The Cooperative Credit Union Association advocates for its member credit unions throughout Massachusetts, New Hampshire, Rhode Island, and Delaware. Its primary responsibility is to represent the interests of credit unions before Congress and state legislatures, regulatory bodies and the public. In addition, the Association provides excellent learning opportunities for credit union volunteers and professionals and a steady stream of quality information through its Daily CU Scan and various other channels. The Association also works with a select group of businesses that serve the credit union community through its CU Connect program as well as a number of Credit Union System Partners.