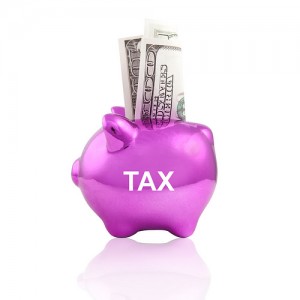 Mr. Adams is director, educationa & external relations for the Employee Benefit Research Institute (EBRI); Connect with him by e-mail: nadams@ebri.org

While the prospects for âcomprehensive tax reformâ may seem remote in this highly charged election year, the current tax preferences accorded employee benefits continue to be a focus of much discussion among policymakers and academics.

However, and to the authorsâ credit, the report also noted that âthe behavioral responses by both employers and employees will affect the final savings outcomes achieved under reform but are beyond the scope of our estimates[i].â

In previous posts, weâve highlighted the dangers attendant with relying on simplistic retirement modeling assumptions, the application of dated plan design information to future accumulations, and the choice of adequacy thresholds that, while mathematically accurate, seem unlikely to provide a retirement lifestyle that would, in reality, feel âadequate.â

However, one of the more pervasive assumptions, particularly when it comes to modeling the impact of policy and/or tax reform changes, is that, regardless of the size and scope of the changes proposed, workers â and employers â will generally continue to do what they are currently doing, and at the current rate(s), for both contributions and/or plan offerings. Consequently, there is talk of restricting participant access to their retirement savings until retirement, with little if any discussion as to how that might affect future contribution levels, by both workers and employers, and there are debate about modifying retirement plan tax preferences as though those changes would have no impact at all on the calculus of those making decisions to offer and support these programs with matching contributions. Ultimately, these behavioral responses might not only impact the projected budget âsavingsâ associated with the proposals, but the retirement savings accumulations themselves.

EBRI research has previously been able to leverage its extensive databases and survey data (including the long-running Retirement Confidence Survey) to both capture potential responses to these types of proposals and, more significantly, to quantify their potential impact on retirement security today and over the extended time periods over which their influence extends. In recent months, that research has provided insights on the full breadth of:

... regardless of the size and scope of the changes proposed, workers â and employers â will generally continue to do what they are currently doing, and at the current rate(s), for both contributions and/or plan offerings

While we canât be certain what the future brings, considering the likely responses to policy changes is a critical element in any comprehensive impact assessment â not only because the status quo is rarely a dependable outcome, but because, after all, those who assume the status quo are generally looking to change it.

Notes
[i] From Urban Institute and Brookings Institution: Flattening Tax Incentives for Retirement Saving: âOur findings should be interpreted with caution. Actual legislation for flattening tax incentives requires more than the simple adjustments discussed here. For instance, if a credit-based approach is used, then the laws would need to ensure some recapture of those benefits for those who made contributions one year and withdrew them soon thereafter.
Additionally, the behavioral responses by both employers and employees will affect the final savings outcomes achieved under reform but are beyond the scope of our estimates. For instance, employees may save more in response to improved incentives, in which case the benefits to low lifetime income households would be greater than we find. On the other hand, employers might reduce their contributions in response to some of the policy changes outlined. In this case, the tax and savings benefits we find would be overstated. While our policy simulations are illustrative, addressing these behavioral responses would be a chief concern in tailoring specific policies to create the best incentives.â
[ii] See âThe Impact of a Retirement Savings Account Capâ
[iii] See âUpsideâ Potential
[iv] See âTax Reform Options: Promoting Retirement Securityâ, and âModifying the Federal Tax Treatment of 401(k) Plan Contributions: Projected Impact on Participant Account Balancesâ