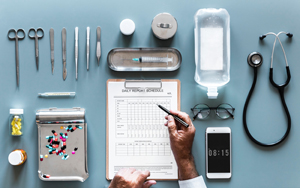 ST. LOUIS, July 28, 2020 /PRNewswire/ — Financial-services firm Edward Jones announced today it is renewing its strategic alliance with the Alzheimer’s Association, committing $25 million over the next five years. The commitment matches the $25 million already raised by Edward Jones, its associates and communities since launching the alliance in 2016.

The total investment, over the course of 10 years, is the largest commitment ever pledged by a corporate partner to the Alzheimer’s Association and is being used to enhance care and support programs, provide educational materials for Edward Jones clients and associates and advance critical Alzheimer’s research.

Alzheimer’s disease is a concern for many Americans, and according to a recent Edward Jones and Age Wave survey, U.S. retirees rank Alzheimer’s and dementia as the most feared health condition of later life, a greater threat than COVID-19, cancer, heart attack and stroke. More than 5 million Americans are living with Alzheimer’s and 16 million serve as unpaid caregivers.

To âImprove The Lives Of Our Clientsâ

“Our purpose at Edward Jones is to improve the lives of our clients, their families and our communities,” said Edward Jones Managing Partner Penny Pennington. “Alzheimer’s disease devastates relationships and finances – two things we work so hard to protect. We are going to keep walking, educating and advocating until we put an end to this terrible disease.”

“We are honored and deeply appreciative that Edward Jones, its associates and communities are committing to work with us for another five years to achieve our vision to end Alzheimer’s and all other dementia,” said Harry Johns, president and CEO of the Alzheimer’s Association. “As the number of people affected by Alzheimer’s and other dementia continues to grow, Edward Jones’ extraordinary commitment to the cause is crucial in funding research, supporting education, advancing access to care and broadening awareness of this disease.”

We are honored and deeply appreciative that Edward Jones, its associates and communities are committing to work with us for another five years to achieve our vision to end Alzheimer's and all other dementia...

In 2016, Edward Jones signed on as the first national presenting sponsor for the Alzheimer’s Association’s annual Walk to End Alzheimer’sÂ®, the world’s largest event to raise awareness and funds for Alzheimer’s care, support and research.

Pennington and Johns will highlight accomplishments and discuss future goals of the partnership during a virtual broadcast at 3 p.m. CT on July 30. All are welcome to view the broadcast by going to www.edwardjones.com/alz.

The event officially kicks off Edward Jones’ support of the 2020 Walk to End Alzheimer’sÂ® season where an estimated 20,000 Edward Jones associates, clients and their families will participate in more than 600 walks throughout the country. To learn more go to: alz.org/walk.

About Edward Jonesâ¨Edward Jones, a FORTUNE 500 firm headquartered in St. Louis, provides financial services in the U.S. and, through its affiliate, in Canada. Every aspect of the firm’s business, from the investments its financial advisors offer to the location of its branch offices caters to individual investors. The firm’s 19,000-plus financial advisors serve more than 7 million clients and care for $1.2 trillion in assets under management. The Edward Jones website is at www.edwardjones.com, and its recruiting Web site is www.careers.edwardjones.com. Member SIPC.