Economy Still Expected To Enter (and Exit) Modest Recession In 2023

Research from the Fannie Mae Economic and Strategic Research (ESR) Group helps you understand changes in the housing and economic environment today and what it might signal for tomorrow. 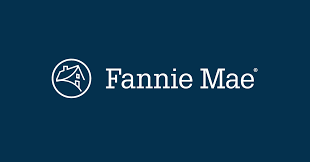 WASHINGTON, DC â November 21, 2022 â After rebounding at a 2.6 percent annualized rate in Q3 2022 on the strength of net exports, real gross domestic product (GDP) is projected to turn negative again in the fourth quarter as the temporary boost from international trade moderates, according to the November 2022 commentary from the Fannie Mae Economic and Strategic Research (ESR) Group. The ESR Group also expects declines in residential fixed and business investment, as well as slowing personal consumption growth, to contribute to negative growth in Q4 2022, and it continues to expect the economy to tip into a modest recession in the first quarter of 2023.

Full-year 2022 GDP growth is now expected to be 0.0 percent, an upgrade of one-tenth from the previous forecast, while forecasted 2023 GDP was downgraded by one-tenth to a 0.6 percent contraction. Additionally, the ESR Groupâs inaugural forecast for 2024 shows economic growth rebounding to 2.0 percent on a Q4/Q4 basis, reflecting the beginning of an expected economic recovery. Finally, although inflation showed signs of cooling in October, the possibility of a strong labor market contributing to more persistent wage pressures in the future suggests to the ESR Group that the Federal Open Market Committee (FOMC) will once again raise the federal funds rate at its next meeting, and it forecasts the federal funds rate topping out at approximately 5.0 percent in early 2023.

The ESR Group made only modest updates to its forecast of total single-family home sales in 2022 and 2023, which are projected to be 5.67 million and 4.42 million, respectively. In 2024, single-family home sales are expected to rebound 18.6 percent from the year prior to 5.25 million, reflecting an anticipated modest pullback in mortgage rates, the broader economic recovery, and a continued lack of housing supply that should support new home construction. A significant contributor to the ESR Groupâs pessimistic home sales path remains the so-called âlock-in effect,â in which homeowners have a significant financial disincentive to move because they hold mortgages well below current market rates. Right now, the ESR Group estimates that, as of October month-end, more than 80 percent of borrowers had a mortgage rate at least 200 basis points below current market rates, by far the largest share in decades.

âThe economy continues to slide toward a modest recession, which we anticipate will begin in the new year, with housing leading the slowdown,â said Doug Duncan, Senior Vice President and Chief Economist, Fannie Mae. âHigher interest rates have ignited the typical reduction in residential fixed investment, which historically has led into either an economic slowdown or recession. From our perspective, the good news is that demographics remain favorable for housing, so the sector appears well-positioned to help lead the economy out of what we expect will be a brief recession.â

About the ESR Group

Fannie Maeâs Economic and Strategic Research Group, led by Chief Economist Doug Duncan, studies current data, analyzes historical and emerging trends, and conducts surveys of consumer and mortgage lender groups to provide forecasts and analyses on the economy, housing, and mortgage markets. The ESR Group was recently awarded the prestigious 2022 Lawrence R. Klein Award for Blue Chip Forecast Accuracy based on the accuracy of its macroeconomic forecasts published over the 4-year period from 2018 to 2021.