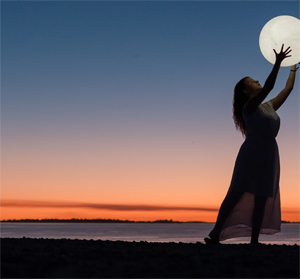 It has been interesting to hear the speculative talk about the long-term effects of COVID-19 on the stability of life insurance companies. Even the Federal Reserve has stepped into the fray with worries about what the future might look like for policyholders.

Yet, there are some key factors which have been ignored in this discussion:

By and large, no distinction has been made in the reporting when it comes to what risks have been increased due to this pandemic.

In fact, in many of the published articles all insurers; Life, Health and P & C have been lumped together. Obviously, this is not logical as each of these carriers carries an entirely unique set of risk for their clientele.

Furthermore, when discussing life insurers, there has been no distinction made between stock-held vs. mutually held insurers. This may be due to oversight or merely a lack of familiarity of the life insurance industry.Â Either way, there is a big difference between the way a stock company and a mutual company approach risk management.

In times of market volatility and low interest rates, like the present, insurance companies are looking for good deals on bonds with relatively high yields and strong safety ratings.

Prices on these types of bonds were recently depressed in the initial selloff which happened as markets began dropping in February-March 2020. Mutual companies have certainly had an advantage in purchasing these higher-yield bonds at bargain prices. This is a direct reward for keeping higher cash reserves.

In times of market volatility and low interest rates, like the present, insurance companies are looking for good deals on bonds with relatively high yields and strong safety ratings...

These bargain prices allow them to build more reserves, which historically, have consistently offset any increase in mortality rates. As stock companies tend to plan for shorter time periods, they can be limited on some of the opportunities in volatile markets. This makes it harder for them to take advantage of the bargains and perhaps makes them more vulnerable as the Federal Reserve and the rest are reporting.

Life Insurers Are Not Unaware Of Pandemics

Though much has been reported and hyped about this pandemic, life insurance companies are not unaware that pandemics do occur. Realizing this fact, it isnât likely the actuaries have somehow overlooked the possibility of such an event happening.

It is a medical fact that Tuberculosis remains a major public health problem worldwide. In 2014 alone there were 1.5 million deaths due to tuberculosis. This risk is most definitely accounted for by life insurance carriers when they release a life insurance product to the market.

According to Johns Hopkins University of Medicine, as of July 19, 2020 deaths per 100,000 in the United States from this pandemic is at 42.83. This is a mortality rate of 0.04%. Mortality is never a good thing for those whose life it touches, but the mortality rates of this pandemic are not out of the norm compared to the three major pandemics of the 20th century. So many risks which are being promoted in the media concerning insurance carriers are likely overkill.

What concerns this author more than the pandemic itself is the decision by the Fed to purchase corporate bonds like Apple, Walmart and ExxonMobil, Microsoft, AT&T, Pfizer in order to keep borrowing costs low and smooth credit.

This becomes a direct competition with life insurance carriers who are managing the money of millions of individuals. The situation needs to be watched closely to see how it changes the bond market by adding new money which ordinarily wouldnât be present in the economic system.