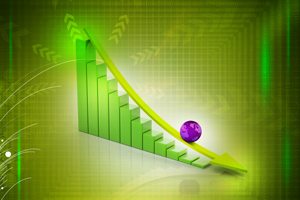 June 11, 2019Â  — LOS ANGELES–(BUSINESS WIRE)–The IBD/TIPP Economic Optimism Index, a leading national poll on consumer confidence, fell 9.2 percent overall in June as every component on the index slid. Its 53.2 reading, which dropped from 58.6 last month, remains in positive territory however, continuing its record run of 33 consecutive months above 50. An index reading below 50 for the IBD/TIPP indexes indicates pessimism while above 50 signals optimism.

The IBD/TIPP Economic Optimism Index has established a strong track record of foreshadowing the confidence indicators issued later each month by the University of Michigan and The Conference Board. IBD/TIPP conducted its national telephone poll of 906 adults from May 30-June 6, using live interviewers and both cell phone and landline numbers. The margin of error is +/-3.3 percentage points.

In addition to the Economic Optimism Index, IBD/TIPP surveyed respondents on key political issues for the separate Presidential Leadership Index and National Outlook Index, as well as the Financial Related Stress Index. Reversing last monthâs trend of all components of the indexes moving upward in May, Juneâs Presidential Leadership and National Outlook indexes fell across every component, and the Financial Related Stress Index indicated that more consumers feel more stress.

A Swing-Month In The Trump Presidency

The Presidential Leadership Index declined 3.2 percent to 45.5, while the National Outlook Index declined 5.1 percent, moving from 48.8 in May to 46.3 in June. The Financial Related Stress Index ended a run of three consecutive months of declining stress, this month rising 5.4 percent to 51.0. A reading below 50 on this index indicates that consumers feel less financial stress while a reading above 50 equals more financial stress.

âJune is another swing month in the Trump presidency,â said Terry Jones, IBD’s Commentary Editor. âAfter Mayâs Economic Optimism Index hit a 15-year high, consumersâ nerves have been rattled by the lingering trade war with China and trade tensions with Mexico. People worry about what the tariffs and trade barriers might mean for prices and for jobs. The end of the dispute with Mexico might help ease some of those concerns.â

âJune is another swing month in the Trump presidency... consumersâ nerves have been rattled by the trade war with China and trade tensions with Mexico...

âDespite the large drop in sentiment, our Economic Optimism Index is in the positive zone. The ongoing trade war with China, recent stock market correction and a weak jobs report are contributing factors. A majority of Americans feel that the trade war with China is hurting the U.S. economy, but they are hopeful a deal will be reached soon. This monthâs large decline in the economic outlook component is concerning because it historically tends to alert a significant slowdown in the economy. On a positive note, 52 percent think the economy is improving,â said Raghavan Mayur, president of TechnoMetrica Market Intelligence, IBD’s polling partner.

This month, 15 of 21 demographic groups — such as age, income, race, and party preference — that IBD/TIPP tracks were above 50 on the Economic Optimism Index. That is down from 19 in May and equal to Aprilâs level. All 21 groups fell during the month, reversing Mayâs across-the-board rise. In April, 13 rose.

On the Economic Outlook component, just four of the 21 groups that IBD/TIPP tracks scored in optimistic territory, versus 18 in May, eight in April, 10 in March and just two in February.

On the Personal Financial component, all 21 groups IBD/TIPP tracks remained in optimistic territory. Just three groups rose while 18 declined. Notably, the index stood at 61.1 in June, down from Mayâs 64.4 and below the all-time high of 66.7 in October.

On the Federal Policies component, 12 of the 21 demographic groups tracked were above 50, down from 17 in May but still up from 11 in April. This month all 21 groups fell compared to May when 18 groups rose and three fell.