Drops below 50 for first time in Trump presidency

A new IBD/TIPP Poll reveals six-month economic outlook plunges another 20.5%, suggesting a recession is on the way 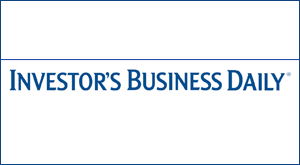 April 07, 2020 — LOS ANGELES–(BUSINESS WIRE)–The IBD/TIPP Economic Optimism Index, a leading national poll on consumer confidence, fell by 11.3% in April after dropping 9.9% in March. Aprilâs index moved from 53.9 to 47.8, ending the indexâs record 42-month run in positive territory. It also marks the first time in Donald Trumpâs presidency that the index fell below 50. For the IBD/TIPP indexes, a reading below 50.0 indicates pessimism.

The IBD/TIPP Economic Optimism Index has established a strong track record of foreshadowing the confidence indicators issued later each month by the University of Michigan and The Conference Board. IBD/TIPP surveyed 1,226 adults from March 29 – April 1. Due to COVID-19, the poll was conducted online using Technometricaâs network of online panels to provide the sample.

This month, the Presidential Leadership Index rose 12.4% overall, moving from 44.2 in March to 49.7 in April. This is the highest reading on this index since Trumpâs inauguration. Additionally, each component of this index increased by double-digit percentages in April.

The National Outlook Index reflected a slight decrease overall. Its April reading of 47.1 is down 0.2% from last monthâs 47.2. The decline appeared despite a 30.8% increase on the Morals & Ethics component (the largest bump experienced since 9/11).

Aprilâs Financial Related Stress Index shot up, with a 36.1% increase in financial stress. This is the third straight month stress has grown. Its reading of 69.8 is at its highest point since December 2008 in the midst of the last recession. A reading below 50.0 on this index indicates that consumers feel less financial stress while a reading above 50.0 equals more financial stress.

âCOVID-19 has completely up-ended the global economy, creating financial instability and significant job losses in the U.S.,â said Ed Carson, IBD’s news editor. âAt the same time, the presidentâs nightly pandemic briefings appear to be changing public perceptions about his leadership abilities. President Trump is enjoying the highest numbers of his presidency, which is interesting given that much of his support has traditionally been tied, at least in part, to a strong economy.â

The Six-Month Economic Outlook, a measure of how consumers feel about the economyâs prospects in the next six months, fell by 20.5%. After dropping by 16.1% last month, its April reading plunged from 47.8 in March to 38.0 in April. This sharp decline moves the index closer to the 32.1 reading when the economy entered the last recession in December 2007.

The Personal Financial Outlook, a measure of how Americans feel about their own finances in the next six months, fell for the third consecutive month– dropping 18% in April. It yielded a reading of 50.2 this month compared to 61.2 last month. This is its lowest reading since October 2013.

Confidence in Federal Economic Policies, a proprietary IBD/TIPP measure of views on how government economic policies are working, was the lone bright spot of the index, rising 4.8% in April. This month, the component yielded a reading of 55.1 compared to 52.6 last month.

âAmericansâ views on the economy deteriorated in April amid concerns about the economic impact from the coronavirus crisis. The outbreak has prompted businesses across the country to shut down operations, leading to massive job losses,” said Raghavan Mayur, president of TechnoMetrica, who directed the poll. “During the week ending March 28, unemployment claims climbed to 6.6 million, doubling the previous record of 3.3 million claims set just one week earlier. The crisis has also triggered record-breaking losses in the stock market, promptly ending a bull run that had lasted for more than a decade. Despite the economic uncertainty created by the coronavirus, Americans are showing greater confidence in President Trump and the federal governmentâs fiscal policies, likely reflecting the prospect of relief coming from the $2.2 trillion aid package that was recently passed by Congress and approved by the president,â

[still] the presidentâs nightly pandemic briefings appear to be changing public perceptions about his leadership abilities...

This month, just 6 of 21 demographic groups â such as age, income, race and party preference â that IBD/TIPP tracks were at or above 50, in positive territory, on the Economic Optimism Index. That is down from 15 in March, 19 in February and 20 in January. Seventeen groups fell this month after all 21 groups fell in March vs. 16 rising in February, 11 in January and 19 in December.

On the Six-Month Economic Outlook component, just one of 21 groups that IBD/TIPP tracks scored in optimistic territory, versus seven in March, 14 in February, 12 in January and 15 in December. Optimism over the economyâs six-month outlook fell among all three political groups and among both investors and non-investors alike. Optimism among Independents, a key swing vote in upcoming elections, tumbled to 29.9 in April from 42.7 in March and 57.5 in February.

On the Personal Financial component, just 10 groups IBD/TIPP tracked remained in optimistic territory, vs. all 21 in March, February, January, December, November and October. All 21 groups fell in April vs. 17 in March, 12 in February, four in January and eight in December.

On the Federal Policies component, 19 of the 21 demographic groups tracked were above 50, vs. 12 in March, 17 in February and 16 in January. That came as Congress and President Trump agreed on a $2 trillion coronavirus rescue package and the Federal Reserve embarked on massive monetary stimulus. This month, 17 groups rose vs. just one in March, 11 in February, 19 in January, 18 in December and five in November.